Venetian guy Veerus has been providing high-quality electronic dance music to clubs from all over the planet with an eclectic and edgy sound crossing between muscled Tech House and sparkling Techno music.

Here he talks us through his latest release on Adam Beyer’s legendary Drumcode imprint.

Thanks for having me CU. This EP is the evolution of my sound that I have been working on for two years now, a more techno sound, but with electronic elements and a hint of progressive. Having experienced the ‘90s, in my view the most creative period in the history of electronic music, it is easy for me to create a sound that differs a bit from the crowd and which fortunately has a strong impact on the dancefloor.”

“‘System’ is a track designed for large festivals. During the creation process, I had Gashouder specifically in mind, but  there were only a few days left before the Drumcode ADE event. I worked day and night for several weeks because I felt that it really had potential and that Adam would really like it. I only finished it a few days before the event and sent it to him and the results on the dancefloor was crazy. Even thought I had not communicated anything on social media yet, the next day I received several messages from my colleagues who complimented me on the track. The most gratifying thing was that they recognized my sound and this track obviously struck a chord with people.

“’Year’ is a track that I had worked on for a long time (almost a year) encompassing various drafts and was something I came back to again and again at various points. The main synth and riff were the things I started with, but the hardest work was finding the right beat. Until one day I decided to think out of the box, finding the right dress for this track. ‘Year’ was played at events such as Contact, I Love Techno in Montpellier and the final Amnesia in Milan before the lockdown.

“During the hot summer of last year, Adam contacted me asking if I had a new track he could play at his Cercle event. That day I was making the latest mix changes to “Pyramid”. I sent it to him, and after a few days during the live event, boom … The Théâtre Antique in Lion exploded.” 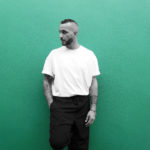 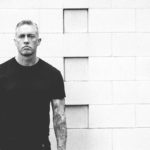