Einmusika Recordings welcomes back label favorite, Jonas Saalbach whose soaring style of melodic house can also be heard on Moodmusic and Click Records.

German-based Jonas Saalbach grew up in a small town before moving to Berlin where he first made a name for himself as a DJ on the local scene.

After starting to also produce records, his music earned him overseas recognition and lead to him being booked to perform everywhere from Beirut to London.

His album, “Reminiscence” was released on Einmusika Recordings in 2019, and that further solidified him as one of the label’s core artists.

His fine-tuned ear for melody and innate ability for knowing what rhythms work best on a dancefloor has positioned Jonas Saalbach as one of the most consistent artists in the melodic house genre.

He has evolved from a DJ into a live act and his “Midnight Sky EP” is a snapshot into why he is held in such high regard by his peers.

Of the three tracks on the release, we instantly fell in love with the uplifting atmosphere of “Vanishing Point” and we are super excited to be presenting this premiere. 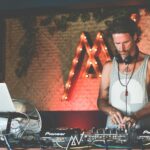 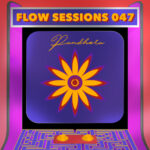