Hernan Cattaneo is a masterful producer of melodic music who’s known for mesmerising dancefloors with his stunning DJ sets, and his music has been a feature of influential labels ranging from Einmusika Recordings to Bedrock.

Hernan Cattaneo’s label Sudbeat is a main outlet for its label boss, but also provides a platform for talented artists from around the globe that share his love of immersive melodies and soaring pads.

The latest release on Sudbeat comes from Italian pioneer, Francesco Farfa who provided his electro tinged “Purple Break” made in collaboration with Sandro S, which fused break beat percussion with the building tension of a moody bassline and fluttering chords.

In addition to the original it has a remix pack that includes two alternative versions by Joy Kitikonti alongside Ozen Nouse, plus the version by Hernan Cattaneo and Graziano Raffa.

Graziano Raffa is a regular on Sudbeat with his solo tracks and this remix collaboration is another great example of his exceptional talent. Swapping in a four to the floor kick drum, it also adds in additional melodies to create an epic version that transcends both time and space. 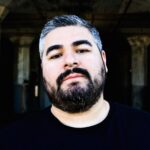 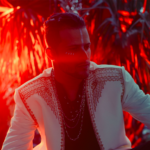