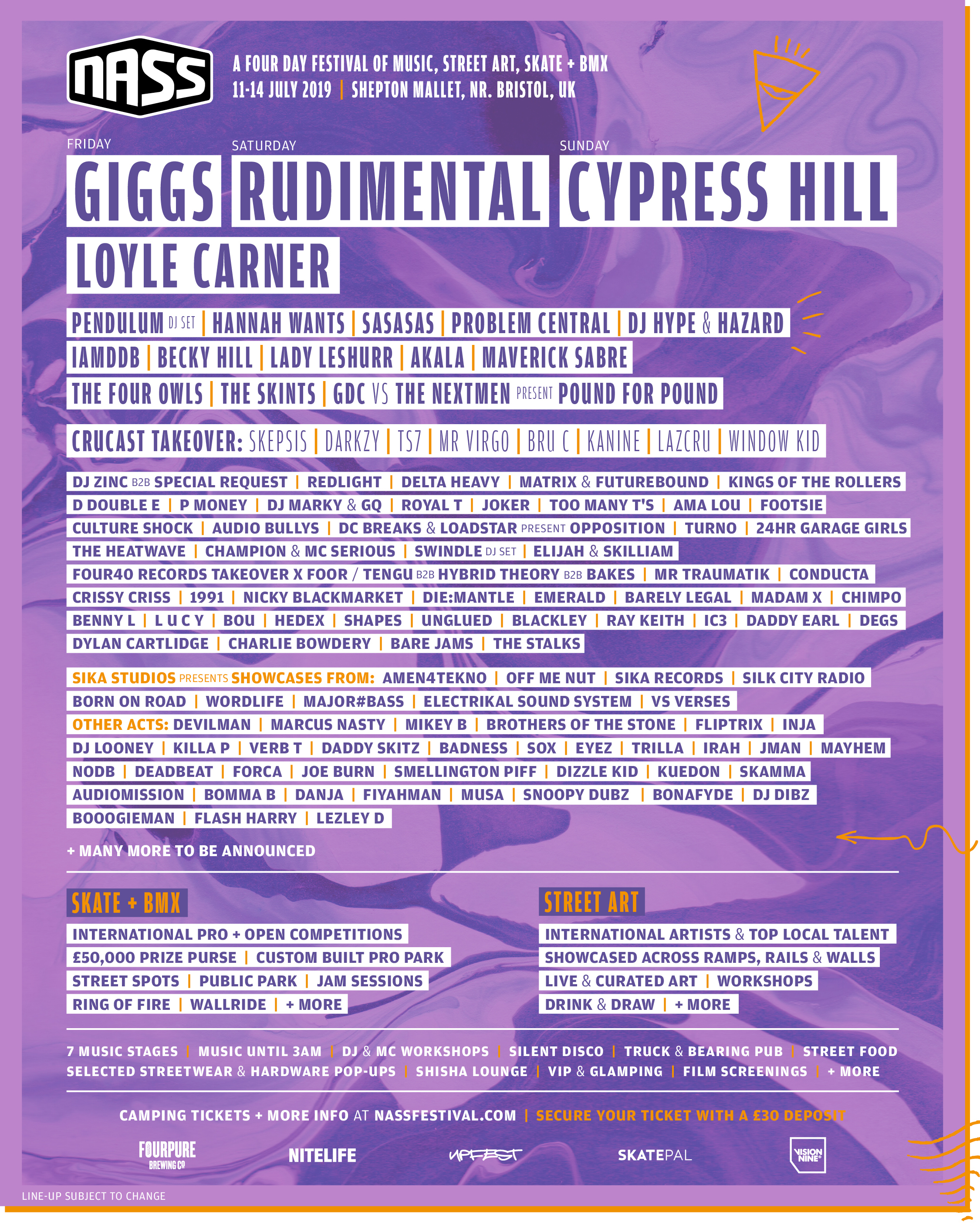 PLUS EVEN MORE HUGE NAMES REVEALED IN SECOND LINE-UP DROP 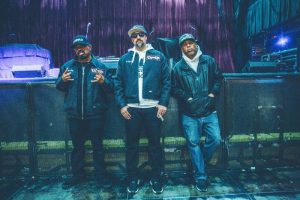 The UK’s biggest celebration of music, street art, skate and BMX, NASS Festival has ramped up proceedings with massive line-up additions to include 3rd headliner, legendary west coast hip-hop icons,Cypress Hill, who after making history as “the first Latino American hip-hop recording group to go platinum” and 20 million album sales under their belt, have come to be known as one of the earliest and most prolific influences of hip hop. Expect their headline set on Sunday to be filled with early hits such as “Insane In The Brain, Hits From The Bong, How I Could Just Kill A Man”.

They join recently announced headliners, London rapper Giggs and BRIT-award winning collective,Rudimental who will light up the main stage alongside a diverse selection of music selectors, across seven stages. This, as well as international skate and BMX competitions plus street art by some of the most talented artists in the country, is why NASS Festival is the most exciting street culture events in the festival calendar. Tickets are on sale NOW via the website.

Adding to proceedings is grime music veteran D Double E, a soldier of the scene once labelled by Skepta as ‘the greatest of all time’, he’ll be joined by bass music selector Hannah Wants and Birmingham’s first lady of grime, Lady Leshurr who is best known for her popular Queen’s Speech freestyle series. Also revealed for NASS this summer is British rapper, poet and activist, Akala plus up-and-coming Drake-approved vocalist Ama Lou and Irish soul singer and rapper Maverick Sabre.

NASS will also welcome UK bass collective Crucast for a heavyweight takeover with core membersSkepsis, Darkzy, TS7, Mr Virgo, Bru C, Kanine, Lazcru and Window Kid. Joining them will DJ Zincand Special Request for a killer B2B set, plus some of the UK’s best selectors Chimpo, Madam X, Barely Legal and Royal-T. Representing drum & bass across the long weekender critically acclaimed duoMatrix & Futurebound and Die:Mantle have been added to the selection of renowned acts already enlisted to bring the noise such as supergroup Kings of the Rollers, DJ Marky & GQ and Unglued. 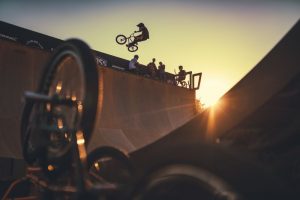 This summer 20,000 fans will come together at the Bath & West Showground, near Bristol, to witness the worlds best BMXers, skateboarders, streets artists and fresh music talent alongside pioneers from every sub-genre including grime, hip-hop, garage, drum & bass, dubstep and more.

Book your camping tickets now or secure your ticket with a £30 deposit at www.nassfestival.com/tickets

For the full line-up so far, see www.nassfestival.com/line-up

Tickets for 2019 are available now through SEE Tickets. NASS operates a tiered ticketing system with price bands for tickets changing over time – the sooner you buy, the cheaper it is. For more information and tickets visit www.nassfestival.com and follow festival news on Twitter and Facebook @nassfestival using #NASSFestival. 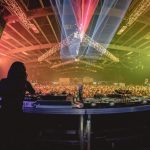 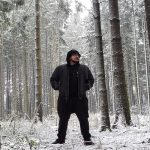