New Jersey’s Eugenio Sanchez Jr aka Junior Sanchez has been involved house music for over two decades and began DJing at the age of 15 on his home turf. After launching his own imprint Cube Recordings – he went on to remix a string of iconic artists like Moby, Frankie Knuckles, Sven Vath, Louie Vega, Daft Punk, Madonna and more!

Hi Junior, thanks for taking the time to speak to C-U. You’ve inspired many electronic producers of today, would you mind telling us who were the artists that inspired you to produce in the early stages of your career?

Junior Sanchez: It’s an absolute pleasure, funny you ask my upcoming album is titled under the influence – its an album very personal to me as it really does pay homage to my friends and peers, and i realized that i’m still their fan and still hugely influenced by them, we get jaded sometimes as we hang out with our influences, they become our friends then we tend to forget how much we loved our friends work and their art, and i basically created it to pay homage to my peers/friends like Masters At Work, Roger Sanchez, Todd Terry, Mood 2 Swing , Armand van Helden, Daft Punk, Kerri Chandler etc all who have inspired me and still do.

You’ve produced with many well-established artists, who’s been your favourite so far and are there any artists you dream to collaborate with?

Junior Sanchez: They’re all pretty special and all are moments, i would love to work with Bjork one day because she’s an artist that marches by the beat of her own drum .

What has been the highlight of your career so far?

Junior Sanchez: Its all pretty amazing, the fact that i still have a career is a highlight and that i’m still going is fantastic. my kids are my greatest production by far.

At the age of 17, you did A & R for the New Jersey label Rufftrax. Did you face any challenges entering the music industry at such a young age.

Junior Sanchez: Not really because it was a very homegrown underground label and i was learning as i went along, so there was no real structure it was very organic.

You’ve been a part of the electronic music scene for over two decades now. Could you talk us through some of the changes you’ve seen throughout the years?

Junior Sanchez: Wow technology is so exponential, its growth is so rapid, vinyl was the format every dj played, then cd’s came in and started to wipe that out, then you had final scratch that i believe turned into serato, usb’s grew rapidly, cd’s became obsolete and soon well be playing and dj’ing from a cloud with no physical device to carry music on its crazy, an entire million dollar studio can live in your laptop now , yeah it’s def changed lol.

You’ve got a new release coming out soon. What’s inspiring you to continue making music in 2017?

Junior Sanchez: Yes its a complete pleasure to release on Madtech, love the label and the vibe, i think music is a part of a musicians dna one who loves music will always create it, i can’t image not creating music at all it’s my lifeline.

Which other new projects do you have in the pipeline?

Junior Sanchez: I have a single Vibe Alive on Jesse Rose’s play it down label as well, collaborations in the pipeline with Gene Farris, Ninetoes, Man without A Clue, Crystal Waters, Dj Gomi, to name a few and an album to be released this July on my label brobot titled “Under The influence” and the first single “You I & The Music” is out now so that exciting.

Where’s been your favourite place to perform throughout your career?

Junior Sanchez: Ibiza without a doubt that island is magic and it’s such a part of our culture, its always such an inspiration to be there it’s like home.

C-U site is a platform for promoting new talent. Which new artists have caught your attention recently?

Junior Sanchez: Ant La Rock, Blaqwell, Dj Matthew Warren and Ardalan are some that are on my radar for sure.

Thanks for chatting to us Eugenio. 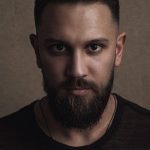 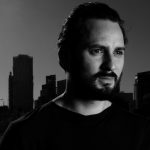