Oliver Koletzki is one of Germany’s most accomplished electronic music artists.

Originally from the German city of Braunschweig but currently living in Berlin, Oliver Koletzki first broke onto the scene in 2005, when he got signed to Sven Väth’s Cocoon at the peak of the label’s popularity.

Oliver Koletzki’s track “Der Mückenschwarm” became one of Cocoon’s biggest selling records, and he started to get DJ gigs as a result.

Proving himself a talented DJ, his popularity continues to grow, and he had soon built a large international following.

It wasn’t long before he launched his own label Stil Vor Talent, which best is known for its melodic sound. In addition to Oliver Koletzki’s own music, it features some of electronic music’s most influential names, and today is highly influential.

Hi Oliver, its nice to be talking with you today. What part of the world are you currently living in, and are you still in lockdown?

Hi, I’m living in Berlin, I’ve been in Germany for 18 years now, and we’ve been in lockdown for the last 8 months. Since last week, restaurants are allowed to open outside, but sadly clubs are still closed.

It’s been a crazy start to 2021, have you been offered a COVID-19 vaccine yet, and do you think clubs will make it mandatory for attendees to have had it?

Yes, I’m already fully vaccinated, but I don’t think clubs in Germany will make a vaccine essential for entry. We are a quite solitary country, and nobody wants a two-class society where people without a vaccine are discriminated against for not having an injection. If clubs with outdoor space or good air-conditioning are allowed to open again, then you have to be vaccinated or you have to bring a negative corona test. But if you aren’t infected, then a vaccine should not be essential for entry.

I know you are passionate about festival culture, are there any you would usually attend on an annual basis, and are there any that you hope to attend later this year?

I love festivals, and there are many in Germany I play at regularly including Fusion Festival, Feel Festival, The Monastery and Akasha Festival. There are also ones in other countries such as Burning Man and Afrika burn. Rainbow Serpent in Australia, Shipwrecked in New Zealand…

There are still a few on my bucket list, which I hope to play sometime like Desert Hearts in the US, Zero Festival in Mexico or Universo Parallelo in South America.

Apart from the music itself, what are the things that make a perfect festival experience?

A beautiful location is the most important. I prefer forests or mountains, but beaches and deserts could be nice too. It should be well organized with enough people working at bars, a vegetarian food court, plastic-free, and a focus on sustainability.  Creative stage design, decoration and lights should are also very important as well.

Talking of events, how has the pandemic affected your label Stil vor Talent, have there been any challenges such as artists postponing their releases until clubs are open?

It was quite challenging because we haven’t been to set up any open-air parties or club shows meaning we couldn’t book any of our DJs to play gigs. The label and many of its artists are reliant on the money from Stil vor Talent gigs, but somehow we made it through the pandemic. Luckily, most of the artists released their music as scheduled.

I saw that you recently put out a new EP on Stil vor Talent, could you tell me a little about that release and the concept behind it?

Yes, my new album called ‘Made of wood will be out on the 16th of July and the first two EP samplers are already released. The concept behind it is that I hardly used any synthesizers, but a lot of real instruments such as bass, guitars, flutes, ouds, sitars, harps, marimbas, congas, bongos, djembes. So the title is because most of those instruments have a wooden element in their construction. I composed most of the melodies first on my keyboard and computer, then in the next step, I get real musicians to replay the melodies. I often recorded in the studio of our Stil vor Talent sound engineer Stefan Thomas, and I’m really happy with how he captured the organic sounds of the real instruments.

I’m told you are also a fan of Table Tennis, how often do you get to play, and do you play any other sports to help keep fit?

I play Table Tennis almost every week with music colleagues like Township Rebellion, Cioz or Madmotormiquel. I like to go hiking in the Swiss alps too, and I also love to play chess, as that helps to keep the brain fit.

So, what’s next in your schedule, do you have any other new releases forthcoming or any other exciting projects?

Right now I’m working on a new live act. I started to play live again three years ago, but exclusively at the Planetarium in Berlin where we had 300 people sitting in the dark and watching the stars. That was amazing and really fulfilling, but now I developed this live act to accompany my new album. I’m doing the live act together with Stefan Thomas who plays the guitar and the Moog synthesizers. I will be playing piano and all the lead sounds of the songs live on synthesizers. We will also have some of the musicians who played on my album, and I hope the pandemic will let us do some shows this year.

Thanks for taking the time to talk today, is there a message to fans or anything else you would like to add?

Looks like the pandemic will be over soon, and I’m really looking forward to seeing all of you on the dancefloor 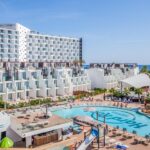 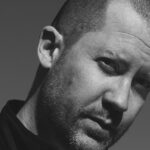