Daft Punk may have broken up in 2001, but that hasn’t stopped them from topping charts.

The iconic French duo achieved many successes before parting ways last year, which included the film soundtrack they did for Disney’s blockbuster movie ‘Tron Legacy’.

Tron Legacy was released in 2010 as the sequel to the 1982 film Tron, which earned cult classic status due to its futuristic sci-fi concept.

Daft Punk’s Tron Legacy soundtrack was reissued at the end of 2021 as a collector’s edition blue vinyl, which sold enough units between the 10th and 16th December for the release to chart inside Billboard’s Top Dance/Electronic Albums chart for that week.

Of the 10,000+ units that were sold in that time period, it’s been revealed that over 94% were physical copies, which also gives an insight into how popular the vinyl format has become.

Billboard commented that the album’s return to the top of the chart was the first time since April 2011.

Fans of Daft Punk might also like to know that a book called ‘After Daft’ is planned for 2023, and that publication will explore the legacy and cultural impact of the band’s music during their 28-year career as a duo. 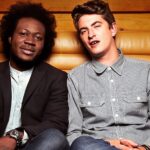 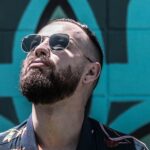