UMEK has previously worked with the likes of Filth On Acid, Suara, Intec plus Tronic and is back on his own label 1605 to kick start the new year.

UMEK bursts into action for his first release of 2021 by revitalising a ’90s classic by Union Jack called “Red Herring” and has transformed it into a full throttle techno monster that’s set to cause glorious havoc on the dance floor.

Techno fans from all generations will need little introduction to UMEK as he’s been prevalent from the early days of techno when the genre first broke out of the UK and gained a foot hold in Europe.

At the forefront of Europe’s techno scene for over two decades, UMEK’s style has evolved and fermented like a fine wine that’s improved with age, and this is reflected in his sales chart positions on leading stores such as Beatport.

Union Jack had their peak in the ’90s when trance ruled many a dance floor and their track Red Herring was released on Platipus in 1995. It’s been well over a due a rework for today’s younger generation who through UMEK, will most likely be discovering Red Herring for the first time.

Staying true to the original’s iconic synth line and compelling melody, UMEK has kept key elements while adding his own bassline and percussion to construct his own devastatingly powerful backing track. Fuelled by an explosive energy, and a thundering kick drum, this version delivers tantalising suspense combined with dark atmosphere. 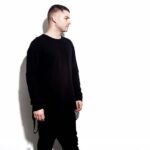 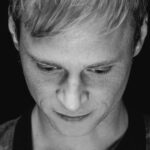