Paul Oakenfold is releasing an album with one of the original co-founders of the Ethereum blockchain used for crypto currencies and NFT’s.

Charles Hoskinson is a prominent figure in Ethereum’s history, and the founder of Cardano, which is a peer-to-peer public blockchain platform. It’s planned that every element of the album including the artwork, sleeve notes and artwork will exist on the Cardano blockchain. Currently, there is no date for the album’s release, but it will be titled ‘Zombie Lobster’.

It’s an interesting project that further links the worlds of electronic music and blockchain technology, which has already been finding connection via things like NFT releases. Some are anticipating this to be a landmark moment that could change the way that some music is released and made available to the world.

It seems that Charles Hoskinson has a clear vision of how electronic music and the blockchain industry can help support each other, and speaking on the subject, he said: “Getting to learn about the electronic music industry, and how the blockchain can support it, has been a revelation,” then continued: “Understanding how a blockchain like Cardano can benefit producers and managers like Alon Shulman, artists like Paul Oakenfold and Carl Cox, organizations like Universe and labels like Awesome Soundwave and Perfecto and the scale of what they achieve will enable us to connect our technology to their creativity.”

Alon Shulman is Carl Cox’s manager and owner of the music business ‘Starship Universe’, and he has also teamed up with Charles Hoskinson to further explore the links between electronic music and music enterprises. He has plans to release over a thousand NFTs on the Cardano platform.

Speaking more on this project, Alon Shulman said: “Connecting with Charles Hoskinson has been a revelation. He listened, and we listened, and we realized we speak the same language and want the same things for our industries and the wider world,” then continued:“Integrity comes when you get the right balance between commerciality and credibility, and it quickly became apparent that we have a shared vision centered around inclusivity and sustainability.” 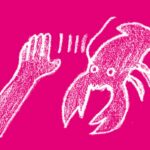 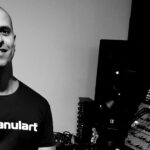