Australian producer Andy McMillan, aka Doppel, burst onto the international scene at the beginning of 2017, scoring a Beatport Top 10 and support from Quivver, Atish, Sébastien Léger, Marc Marzenit and Jamie Stevens

Hi Andy, tell us a bit about yourself

Doppel: I’m 26, living in Canberra, Australia. I’ve been writing and playing music in some form or fashion for ages, but I’ve only been producing for around 4 years now and DJing for maybe 7.

Doppel: There are so so many incredible artists and musicians here, it’s great, there just aren’t many people or venues so for those reasons I don’t envy promoters. People tend to sharpen their teeth here because it’s very cosy and then they head elsewhere, we’ve had a heap of brilliant high profile exports over the years.

It ebbs and flows just as it does anywhere, but things have been steadily heating up over the years as Canberra evolves from baby’s first city into a proper city. We have a heap of crews running really unique and exciting events here at the moment, it’s a great time to be in it.

How did it all start for you

Doppel: I used to spend all of my time painting, drawing, building things or jamming on different instruments along to my favourite tunes, producing is the same and it’s just where I’ve found myself most comfortable.

I think I officially started DJing when I was travelling in Europe in 2010 surrounded by amazing music I’d never heard before and I had a garbage little laptop that I put Virtual DJ on to muck around with while I was waiting in airports or on trains.

Discovering dance music and everything around it has encouraged me in the most amazing ways. I’ve always loved introspective, melancholy music because it can be so powerful and I’ve always been a very reclusive person, but on the opposite side of that, the feeling of so many people being connected with each other just dancing, celebrating and enjoying life has brought a beautiful balance to my life.

I credit dance music and the people I’ve met through it in no small part with bringing me out of my shell and helping me to appreciate those around me, and to not take a single moment for granted. I guess in a very clichéd fashion dance music saved my life, so I thought I’d at least try and make people feel the way that it has made me feel with my own creations.

How difficult was learning to producing?

Doppel: I’m not classically trained, but I’ve always known what I like in music and I’ve always noodled around on different instruments. I also probably spent more time listening to and playing music than I did going to school, which I wouldn’t encourage despite the fact that it’s worked out OK for me.

I started on FL studio before switching to Ableton a couple of years ago. I’d picked it up a few times and it had never gone anywhere, but then at one stage over a couple of weeks I ended up getting over that initial learning curve and there haven’t been many days I haven’t made some noise since.

What’s your opinion on the Australian scene in general?

Doppel: I think now that the lines between live music and electronic music are becoming so blurred and electronic/dance music is generally more “mainstream”, Australia is in a really good spot. We have a really unique sound in so many different genres and it’s becoming a regular destination on so many people’s’ lists because of the seasonal differences between us and the northern hemisphere and because we have so many world class festivals.

The pieces are all there for it to be a musical boomtown, but there are still a lot of conservative and archaic ideas and politics in many different areas that are supposed to promote safety and public order but arguably do the opposite that are holding us back, but that issue extends well beyond music.

2017 seems to be a watershed year? Your release Melt on Open Records did big things and we hear you’re touring and releasing a lot of music now

Doppel: This year has been incredible and super busy. I’ve just recently finished a big run of gigs starting at the beginning of summer last year that took me all over the place so now I’m taking a bit of time to hibernate in Canberra in preparation for spring and summer.

I recently returned from New Caledonia where I played two amazing shows on the beach over the course of a week. Just prior to that I was in Melbourne for two gigs, Brisbane, Sydney and Cairns. In between all of that was Rabbits Eat Lettuce and a few other parties around Canberra and NSW.

I’ve had the privilege of meeting and playing with so many amazing people and some of my biggest inspirations but I haven’t had the time to sit down and write much new music until recently which is a blessing and a curse. New music aside, I’ve got so many tunes lying around that I want to release, despite the success of Melt I feel like I still haven’t put my best foot forward so I’m trying to get as much of it out there as I can.

Doppel: I guess this one’s more of a classic progressive/deep house number. The melodic parts of the original gripped me instantly. It’s got such a dreamy and triumphant sound I wanted to convey that.

Those guys did an amazing job with the original and the Ord Rede remix is ridiculous, I sometimes wish that I was able to write music with such restraint and power at the same time which I think is a very particular skill. A lot of the music I DJ is similar but when I write I just can’t help myself.

What are your go to labels and why?

Doppel: I often DJ slightly different stuff to the music I produce just because it’s usually in different situations, but Open Records has been a go to since I started DJing which is why it’s so cool to me to be releasing music with them now.

Stil Vor Talent, microCastle, Akbal, Vivrant, Dear Deer, All Day I Dream, Lo-Fi-45, Chameleon, Ellum. Honestly a lot of the time I used to spend digging for new music I spend writing my own now so my collection isn’t as fresh as it used to be.

You mostly play live, tell us about your setup

Doppel: The core of my live setup is Ableton and an APC40mkII. It’s very basic at the moment to make it easier to fit into one or two bags, but is expanded a lot in the studio and I’m trying to figure out a way to make it all more portable. My approach to it is to build a strong foundation to the point that I can add whatever I want on top including more people when I’m playing live.

Studio is currently very basic as well, I recently had to move out of the wonderful space I had for a few years previously so I’m in the process of trying to find something more permanent.

What are your biggest achievements of your career so far?

Doppel: I set myself a few goals which I would say almost as a joke when I started. One was to play at Subsonic music festival, one was to put a release out on Open records and the rest were to collaborate with a few of my favourite artists.

I’ve fulfilled the first two and the third in part I’d say that having the opportunity to perform at a lot of the events that have shaped my music and who I am like, Subsonic Music Festival and Dragon Dreaming, and connecting and even working with some of the artists I have so much respect for have been highlights. Receiving such a warm reception to my music when I’ve been lucky enough to travel and play it is also the most amazing thing.

What in store for the rest of the year and beyond? Anything else major on the horizon we should know about?

Doppel: I’ve already started filling up my calendar for the Aussie festival season here which is right around the corner and is super exciting.

Elements Festival is a brand new one that looks amazing. That’s just on the horizon which features a whole host of my favourite artists is going to kick things off. After that I’m heading off to Cairns for the annual Illumination party. On top of that there are a bunch of gigs around Melbourne, Brisbane & Sydney which haven’t been announced yet which are brewing.

I’ve got a few things with Open records in the works, an EP with Bassic Records as well as a collaboration between Recovery Collective & Bassic. There are a bunch of things that I can’t talk about right now because they’re not locked in, but there are some projects that I’m sitting on with some amazing people that I really can’t wait to get out there.

It’s a little frustrating not just throwing every new jam I write straight onto Soundcloud like I used to… but I think one day I’ll end up back there. I really like having a direct line to the people listening to my music. 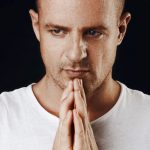