London based DJ and producer Alex ‘Kiwi’ Warren is about to release an stunning new rework on Sincopat, the imprint run by AFFKT, which can be said is closing now in December one of the best years of its entire history.

There are innumerable gems published in this 2018. The culprits, artists like Audio Junkies, Einmusik, Dave Seaman, Mattia Pompeo or Darlyn Vlys. Though the final punch it is designed by the greatest architect of the imprint: this is AFFKT. The new EP is titled “Black Spot” and contains three original tracks: “1014”, “True Power” and “Venture”. It’s the title track “1014” that’s had the remix treatment with Kiwi skills.

‘1014’ in the original version stands out with an organic and powerful groove that is always in crescendo until the amazing breakdown, certainly keeping the tension and overwhelming atmosphere. DJ and producer Kiwi presents a colourful version driving the main musical notes to his futuristic side.

This new EP is set to be released this coming Friday, December 14, but we are gladly to present it to you today exclusively. 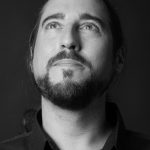 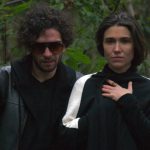