Space 92 was one of the world’s biggest-selling techno artists of 2020, and this year has been no different.

Consistently finding himself in the No.1 sales position on music stores such as Beatport, he has signed music to some of techno’s biggest labels ranging from UMEK’s 1605 to Reinier Zonneveld’s Filth On Acid. He also runs his own label, Perfekt Groove Recordings.

Not only is he one of the most exciting producers, but he is also an exceptionally talented DJ whose ear for knowing what works best in a track stretches back to his knowledge of what works best on a dancefloor.

Most recently Space 92 dropped his second EP on Filth On Acid titled “The Game”. In honour of the release, he has recorded us this exclusive mix in addition to answering a few interview questions…

The pleasure is mine! As usual, I tried to combine melancholic and powerful vibes. Therefore, the global result has melodic parts but also lots of energy, with a very steady rhythmic part.

My favourite track in this mix is one of my latest: “The Game”. In this mix I only play my own compositions; the goal being to play my music at 100% with exclusives and tracks that have never been released.

I am due to release soon an EP on Popof’s Form Music label, which includes a remix of him. I’m also currently setting-up my own label, “Humans From Saturn” which will launch soon. As for my new release, “The Game” EP, it features three very energetic and explosive tracks. I initially recorded them last year, but in February I restarted from scratch and reworked a lot of elements to come up with a quality EP for my second release on Filth On Acid.

The best place would obviously be a festival with a lot of people or an underground club with a compact crowd. But nowadays, with the multiple lockdowns happening, let’s say that checking out the music in a car or at home will also be fine!

My favourite DJ is, I think, Stephan Bodzin. I discovered his music when I was 14 years old and it was because of him that I decided to start producing my own music. People like Stephan Bodzin or Tale of Us come up with a trippy, melancholic atmosphere that I really like and that influences me a lot.

I would obviously like to thank all the people who enjoy my music and follow me on social media. More and more people have been leaving me really kind messages, which I think is heart-warming and a real motivational boost, for me to continue doing the best I can. 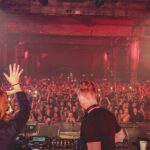 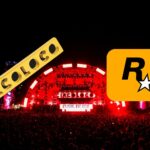