The German artist born in Stuttgart was a DJ, producer and live act who was also co-founder of the record label Philpot.

He was known for having a techy style of deep house that also incorporated elements of jazz, funk and soul.

His music was popular with artists from all over the world and he was held in high regard by many of the most iconic DJ’s from his chosen genre.

Michel Baumann’s career spanned over two decades, and in addition to his own imprint he released on labels such as Accidental jnr, Perlon, Local Talk, UMag and Pampa.

Tributes have been circulating on social media since the news of his death was made public. Currently there is no official statement or a revealed cause of death, but on Facebook he had said he was undergoing chemotherapy.

Among many others, well-wishers include The Blessed Madonna, Honey Dijon and Defected Records. You can read their statements below…

RIP Michel Baumann (Soulphiction & Jackmate) who was one of the most consistent, inspiring, thoughtful producers in dance music for a great many years.

Truly saddened to wake up to hear about the passing of Michel Baumann aka Soulphiction / Jackmate. 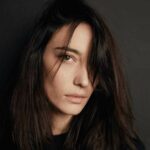 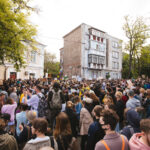