Joyhauser is one of Belgium’s most exciting techno artists with a global fanbase.

Joyhauser represents the combined talent of Joris Cielen and Stijn Vanspauwen, and they have played DJ sets on the big stage at many of Europe’s best-known clubs and festivals, including Awakenings, Extrema Outdoor, Tomorrowland and Pukkelpop.

They are also talented producers who have featured their top-selling tracks on influential labels such as Terminal M, Second State and Kraftek. Along the way picking up support by some of the biggest names in the genre ranging from Amelie Lens to Adam Beyer.

We are excited to present this exclusive podcast for Flow Techno, and in addition to the mix, the guys also took the time to run through a few quick questions…

We tried to represent the typical peak time Joyhauser DJ set that we would normally play for a live audience. We really miss playing, so we did our best to make this one a podcast to dance to, rather than one to listen to at home. There are a lot of high energy tracks in here to get you going.

Hard to pick one favourite! Since September we have our own weekly radio show on national radio, so that forces us to do some extensive digging for good music week after week. We now have quite a big arsenal of good tracks so you can see this podcast as a selection of the better ones out there.

We discovered some new talents like Soko & Sev plus Vikthor & Oscar Aguilera. Cool to see their productions stand out in our genre, as that’s not easy nowadays. Also, really loving just about everything the boys of KUSP have been putting out lately. There’s also a new Amelie Lens & Airoid track in there… it’s all cool stuff!

Of course, we also played some of our own tracks. There are two exclusive Joyhauser tracks that will come out this summer, and we can’t wait to play them for a crowd!

The two exclusive tracks we mentioned before are part of a four-track EP coming out this summer on a really cool label we haven’t released on before. There’s also a new EP coming out later this year on our home label Terminal M.

This one’s pure energy, so rock it loud! On your living room speakers, in the car, while working out… pretty much anywhere you want some great energy. It’s intended to boost your lust for a good party!

Hmm that’s a hard question, as we have a very broad taste in music. We’ve been going to parties together since we were very young, and can clearly remember when we first went to I Love Techno in Belgium in 2007. We saw names like Adam Beyer, Ellen Allien, Boys Noize, Marco Bailey, Len Faki, Gui Boratto and many many more. We didn’t realise it right then, but those nights do leave a really big impression on us as youngsters. We also went to a lot of house music parties in Belgium (for example Silo Leuven) but also attended a lot of festivals and concerts. Those experiences always influenced our identity and style in one way or another.

Hoping that everyone’s is in safe health and that you’re looking out for one another. We’ve all been through pretty tough times right now, but there is light at the end of the tunnel. We hope to see everyone soon giving their best on the dancefloor again, in freedom, in unity! We miss you all and thank you so much for your support! 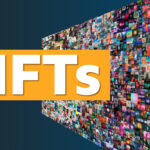 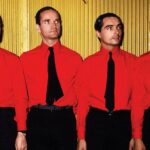