Alex Stein is an artist with Brazilian roots who is currently based in Berlin.

First making a name for himself in the illegal rave scene of Brazil, it wasn’t long before news of his exceptional DJ skills started to spread across the world.

Having already started to build an international following, Alex decided he wanted to start making his own music, and enrolled at the SAE Institute in the German capital, Berlin.

It wasn’t long before Alex started to get booked at some of the biggest and best parties in Germany, and is now one of the world’s most in-demand techno DJs.

He is also an accomplished producer who has released music on scene leading techno labels such as Oliver Huntemann’s Senso Sounds, Reinier Zonneveld’s Filth On Acid and Christian Smith’s Tronic.

Coming out this week on the 2nd of July, Alex Stein is dropping ‘The Phoenix’ EP on Monika Kruse’s Terminal M, and he has recorded us an exclusive podcast in celebration of the forthcoming release.

Alongside the mix, he also took the time to run through some questions…

I try not to hold myself to any particular sounds or vibe and prefer to create a journey with each set. So I started with some energetic Techno, and ramped up the energy with some more driving tracks, then back down to some melodic tunes at the end

That’s easy! The first track, ’The Phoenix’ is the title track for my new EP on Terminal M!

Apart from the title track, I also included the B-Side track on my next EP, called ‘Rise’. It has a more melodic feel and a bit of a cinematic breakdown which I had a lot of fun working on. The Phoenix EP will be out on July 2nd on all platforms, including 12” Vinyl!

Ideally, any place, anywhere of course. But to me it feels like more of a Summer Festival set, as I just love seeing people outside, dancing. After this pandemic even more so 🙂

Oh, there are just too many to mention who have influenced me in my last 15 years making music. Naming just one would be a disservice to all others! I believe that my music follows my change as a human being. As I grow, learn new things and have new experiences, my music is a reflection of all that.

Yes, thank you all for the love and support so far! I really hope you can enjoy listening and dancing to this set as much as I enjoyed recording it for you. Check out ‘The Phoenix EP’ and let me know what you all think. Thanks again! 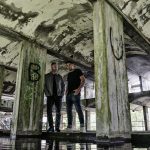 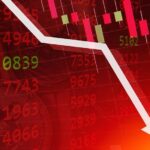