Hey Gabriel, we hear you’re based in Australia now, after making the move from Brazil!? What was it about the Australian electronic music scene that made you want to be a part of it?

First I just want to thank you for the opportunity of sharing my life and ideas with you. Yes, I just moved my entire life from Brazil to Australia, I have always loved Australia and everything that surrounds it. The people, the weather, the quality of life here is so good and of course, the music scene is amazing. I’m currently living in Melbourne and the city is so inspiring and full of energy, you can find music in each and every pub, park and just having a walk around the city. There’s so many clubs and festivals everywhere that it’s just impossible not to love. People are very open minded about electronic music, and thankfully they seem to like my approach to music so that’s really special to me, it just makes me want to keep doing what I do.

We heard you’ve joined forces with Bassic Records and Euca Music, what level of involvement do you have with each of them?

Bassic Records is always going to be a special part of my career, my first release there was what started my whole relationship with Australia and now I’m glad to be a part of it. I’ve been releasing on Bassic for years now and becoming part of the team was just a natural thing. I’m working with label owner ZigMon in A&R, sound engineering and overall direction. Working together has been a pleasure for me so far.

Euca and Bassic are two separate entities that for me feel like one. I had done two tours in Australia with them and their level of professionalism is unbelievable for an agency that is only one year old. I’m pretty sure that they are going in the right direction and there is a lot of good things to come for everyone who works with them. I’m just glad to be part of their team, and now as one of the artist’s on their domestic roster.

Who are the artists or people who are inspiring you the most in dance music right now?

It’s hard to say one or two names, I try to drink from a lot of sources when it comes to music and I’m always searching for new music. I tend to like artists with their own identity, it’s easy to find music and artist that all sounds the same, and I just find that boring. Whenever I find a new artist with a unique sound, I just try to dig as deep as I can into their tracks.

How would you describe the style of music you’re making and which major labels have you featured on?

I think my tracks are a mix between progressive, techno and tech house. These three genres were my foundation in electronic music and that kind of shaped my music to what It is today. I’m always trying to evolve and learn new production techniques and this is one of the main factors that defines my latest music. In the past I’ve released with Dear Deer, Click, Natura Viva, Glasgow Underground (they are the first that come to mind), but one of my latest and most proud releases is on Rafael Cerato’s label ‘Ritual’, which is a vinyl release… releasing on vinyl has always been one of my dreams.

What have been some of the biggest highlights from your career to date?

One of the biggest highlights of my career has been world class artists playing my tracks. Some of the names that played my music include Eric Prydz, Solomun, ANNA, among others and it’s just so special for me seeing artists that I always admire playing my tunes. Another big achievement has been my international tours, playing overseas is such an incredible experience and it’s definitely one of the best things that I’ve ever experienced.

Talk to us about your latest release that we premiered?

‘Spurge’ has a special place in my heart, I wrote the track whilst I was on the plane to Australia. I had such a special feeling and I just needed to exteriorise it somehow, so I opened my computer during the long flight from Brazil to Australia and the track just naturally came out. It was one of the quickest tracks I have ever written. Although it’s not the same style or approach of music that I’ve been writing lately, I’m very happy with the result of it and it makes so much sense to be released on Bassic, both musically and conceptually!

Tell us about your DJ setup when you’re performing. Any plans to perform live?

At the moment I’m DJing with two CDJ’s and a mixer. Simple and effective. I do want to perform live at some point in the future, but it’s just not the right time yet, right now I’m focusing on my releases and improving my production and mixing techniques. I also want to release an album some day, but it just has to be natural and when I feel ready. I don’t want to rush anything.

What are your next goals with the labels you want to appear on?

I don’t like to make music thinking of a specific label to release, that can influence the result a lot and it kills the creativity. That being said, I do have some labels that I would love to release some of my music on and be amongst the great artist family that some of the labels have. Right now the most important thing for me on a label is the marketing they do, how far can they reach – and if they are professional to deal with. Label signings that just make sense and feel right.

Do you have any future news or things you want to share that maybe people don’t know?

I have some great releases and collaborations with amazing artists that I’m very proud of coming out in the next several months, as well as some huge festival bookings and international gigs that I can’t say yet… but I’m really excited for the future! 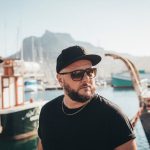 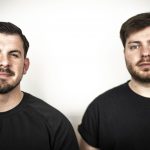