Fabian Kalker is an electronic music artist who has a strong sense of artistic design that often inspires the concept of his music.

Hi Fabian, can you start by telling us about yourself, and how you first got into electronic music?

Hi! so, my dad was a nuclear scientist, using computers to predict how reactors would behave, he had a workstation at home quite early on, so I came into touch with computers when I was 5,
a few years later I had an atari ste and midi expanders to play around with, at the time I was learning how to play instruments like the guitar and piano in parallel to programming. I would program patterns and play to them. later when I studied jazz and composition, I was always also programming music, more downbeat stuff. It was only when I really got into clubbing myself in my late twenties in berlin when I discovered how much I feel at home in dance music.

Sure! the track is part of my project “You Are Part Of My Life”, where I looked at the important people in my life at a certain time and took a month composing a piece of music a day, trying to map this network of relations. it consists of friends, lovers, photographers, authors and software programmers amongst others. I then packaged the tracks in a very personal way including a video message to each individually.

When I was looking to release the project to a broader audience, I collaborated with the visual artist Daniel Hengst to create an album cover that would reflect the vision. he used the GPS locations of the addresses of the recipients and other data, like durations of the tracks, time I spent working on the music to design this beautiful organic object. I feel it is a beautiful translation of the original idea of the project.

The track has a soft and airy feel to it, for me, it is an emotional Sunday track, it feels like sun on your face, comforting and warm. Its all about the breakdown: the chord changes are lush and embracing, the bass helps build momentum, a perfect moment of togetherness before the beat comes back and helps segway to the next track.

How did you meet the team behind Slowtrane who are releasing your new EP, and is this your first release for the imprint?

I have known Rainer Scheerer for a while now, we met a few years back in berlin.
There was always the idea to work together – I did a remix for one of his artists, after years of working in different projects I want to establish myself as a solo artist, and now the release of “You Are Part Of My Life” presented itself as the perfect starting point of collaborating with Rainer.

To date, I haven’t worked with electronic music labels so much. as a producer, I had albums released on labels such as Two Gentlemen, Popup Records and Gomma Records amongst others.
My proudest moment regarding releasing my own music must have been the release of a house remix of my project Junior by Baumon and Mercury on Gomma Records. I would hear that track playing everywhere for one short summer.

My influences are quite broad, right now I am really into the music of Rainer Veil, Paula Temple, and the multimedia work of Dasha Rush. An all-time favourite of mine is Efdemin, and someone really making a live set worthy of the name live is Kink303!

What’s next in your schedule after the You Are Part Of My Life release hits stores on the 13th of December?

I am currently on a 3-week tour with the german artist TUA, being the musical director of his live band, and also opening with a quite dark technoid set. Inspired by that, I am working on a new ep scheduled for release in early 2020.

I work on an audio/visual live performance with Daniel Hengst, the cover artist for you are part of my life. we presented a prototype early 2019 and we should come out with a screening version sometime in 2020. 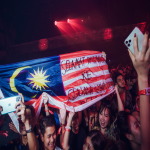 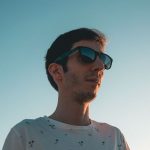