Hey, where are you based and how did you first get hooked on dance music?

I grew up in a small town in South Germany in Rottenburg am Neckar. I decided to move to Berlin and have been living with my girlfriend and my dog in Berlin-Friedrichshain for about two and a half years now. The Music and the open techno Culture in Berlin was the reason why I moved to Berlin, because in this scene you are just who you are and you are free to express yourself.

Who are the people that most inspire you in dance music right now?

More then an artist i would say that was the techno culture which inspired me more. Especially the Panorama Bar at Berghain because the techno scene is so openly tolerant and welcome towards every human being. It’s all about energy, love and music!

How would you describe the style of music you’re making and which major labels have you featured on?

I would say it’s Melancholic and deep, I love the acid touch 303 and the 80s snare – Innervisions, Correspondant, TAU

What have been some of the biggest highlights from your career to date? This can be tracks? Gigs?

I learned through social media channels that Dixon played my track “Jenny” on the Burning Man – I was the happiest person on earth! This moment was topped shortly after when Amê played the track in the Berghain in the Panorama Bar and I was there live.

Talk to us about your latest release that we premiered?

The track made me feel something and I had really quick an idea how remix it with my interpretation.

Tell us about your DJ setup when you’re performing. Any plans to perform live?

At the moment I’m playing with cdjs and that’s fine, maybe in the future I could imagine to play live but not planed yet

What are your next goals with the labels you want to appear on?

I would love to release more music and play more gigs

Do you have any future news you want to share? 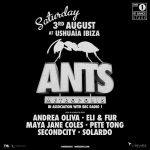 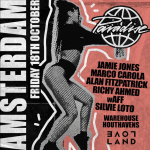