UMEK is a techno icon, who has made 2019 a landmark year in his already legendary career, and he closes the year in style with his new release “Dreams”.

2019 saw the relaunch of his label 1605 which has become a main outlet for UMEK’s own tracks including “Vibrancy” which charted No.1 on Beatport for many weeks.

He also boasted top selling tracks on other imprints such as Tronic and Filth on Acid, adding those to his extensive back catalogue that already includes the likes of Intec and Suara.

This new release by UMEK originally started life as an unofficial bootleg edit of Quench’s classic track “Dreams” that was released in 1993.

Made without any stems or remix samples, the first version of the edit was an unofficial labour of love made only for use in UMEK’s own DJ sets, but the overwhelming crowd response inspired the decision to make it an official release.

Hotly anticipated, this track needs little introduction to fans of UMEK, who have been desperate for a track ID ever since it was first played at his gigs.

Opening with the building suspense of the trademark chime and vocal taken from the original, this chunked up version produced by UMEK has fast-paced percussion and dark atmosphere augmented by ethereal pads.

It’s the main breakdown where the tech trance influenced lead synth takes hold in its original form, and delivers the trademark riff that had made the track so iconic.

No doubt, many of the younger generations are discovering Quench’s classic anthem for the first time via UMEK’s remix, which uses modern production to breathe new life into the track, whilst also staying true to the vibe of the 1993 original.

Pre-order a copy from HERE 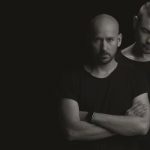 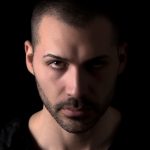