Lexer is a talented German artist who has taken the world by storm with his epic style of melodic techno.

Not only is he a talented DJ, that has played to packed dance floors everywhere from London to Amsterdam. He is also a skilled producer whose music has been signed to leading record labels such as Bedrock Records, Einmusika Recordings and Bar 25 Music.

His style is a fusion of techy percussion and dramatic synth lines that he fuses with the captivating suspense of expansive pads that are truly mesmerising.

Switching from dark to light, this exclusive podcast changes moods as it unfolds to enrapture the listener with an emotional energy that’s truly spellbinding.

This mix showcases Lexer’s ability switch up the mood while maintaining a steady flow of energy, which is why he has built up such a large global fanbase, as his sets have become stuff of legend.

Along with providing this 3-hour and 33-minute podcast, he also took the time to answer some questions…

Thank you for crafting such an eclectic and captivating mix for Flow Sessions. Where did you record the set, and what equipment did you use?

I recorded the set at home in the studio. I used my two Pioneer CDJ 3000 and the xone92. I use as analog effect units the eventide space and the super pulsar electro Harmonix.

Hard to choose a favourite, I would say my remix for Alex Preda, which is now almost a year old but still works great in clubs and festivals.

Talking of your own tracks, are there any new releases you are excited about?

At the moment I’m busy producing again, currently, the new album (’The First Last Day’ on This Never Happened) was in the focus. There will also be remixes.

There were a lot of great shows and memories worldwide. I think New York on the Hudson River was one of my best moments.

Currently, Israel, Dubai and the next India tour are on the schedule.

Australia will be in April 🙂

Where would be the perfect setting for someone to listen to your mix, and why do you think that would be the best place?

That depends on what you have just heard from me, haha!

But to top it all emotionally I would listen to my music on the beach at sunset or sunrise. 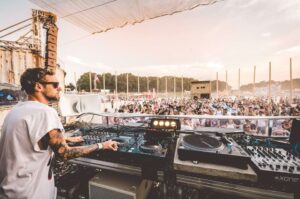 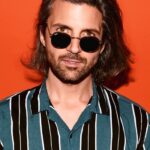