PIV Records are a Dutch deep house record label that has been touring a series of events across the globe, and in December they will land in Australia.

Headlining the events will be PIV Records label owner Prunk and Sidney Charles who has released on the record label. They will be joined by special guest headliner, Archie Hamilton.

Sidney Charles is a deep and techy artist from the UK who has released tracks on labels such as Hot Creations and DJ’ed at some of the biggest club events in the world.

Archie Hamilton is another UK artist who has become known for his deep and atmospheric DJ sets with hypnotic percussion and groovy basslines. He hasn’t yet released on PIV Records, but has released tracks on his own label MicroHertz.

Prunk is a Dutch artist who has used his label PIV Records as the main outlet for his own production, but he is also an accomplished DJ who has headlined many events.

Prior to the forthcoming Australian tour, PIV Records has hosted parties everywhere from Tomorrowland in Belgium to Space in Miami. 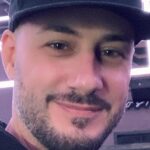 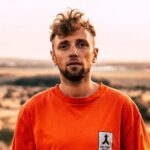