On the 19th of July, nightclubs in England opened for the first time in 16 months, and some venues opened their doors at midnight to mark the special occasion.

People all over the country cued to get into see DJs play live in an enclosed public space, which has become something of a novelty after months of lockdown and the restrictions of the pandemic.

March of 2020 was the last time nightclubs could legally open, and with compulsory restrictions finally lifting, the 19th of July has been dubbed ‘Freedom Day’ by many living in England.

Some of the nightclubs hosting Freedom Day parties include London venues such as fabric, The Cause, Egg, Heaven and Orange Yard.

It’s reported that clubbers outside Egg counted down the last 10 seconds before midnight and cheered as doors were opened for them to enter the venue.

Speaking with ITV news, one attendee said: “For me, this is a New Year’s-type event and something we’re going to remember for a long, long time and we might not get the opportunity for a while.”

Other cities also had similar scenes, crowds waited outside Liverpool’s 24 Kitchen Street, Manchester’s Hidden and Bristol’s Lakota. It seems that nearly every major town or city had at least one nightclub opening to celebrate the full lifting of lockdown restrictions.

Giving a statement on the reopening of English nightlife, Micheal Kill from the Night Time Industries Association (NTIA) said: “It was extremely emotional to see clubs and venues reopen, with people dancing and listening to music into the early hours of this morning and sharing their passion for these experiences across social media, particularly how much they have missed them.”

“The last 17 months have been very tough, many businesses have been lost, and the ones who have survived are now overburdened with debt and desperate to be able to remain open, but have many years of building back financial stability ahead.”

“In many respects relief has come from the end to uncertainty, but it’s hard to shake the nagging concern over a winter surge resulting in further restrictions being brought in from October, and nightclubs being the scapegoat.”

Lots of other clubs will be having Freedom Week parties with many officially reopening on the 23rd of July. 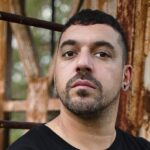 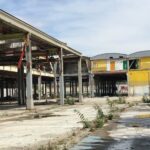