Gorje Hewek is well known for his releases on labels such as All Day I Dream, and his latest EP is on Watergate Records.

Known for his deep and soothing style of deep/melodic house with organic textures and spine-tingling melodies, Gorje Hewek has also travelled the world as a headline DJ.

Most recently he dropped a new EP on Watergate Records which is the label liked to the world-famous Berlin venue Watergate.

Excited to learn more about the release plus some of his passions outside of music, we invited Gorje Hewek for this interview…

Hi Gorje, thanks for taking the time to talk today. Where are you currently living, and has the local club scene started to recover from the pandemic?

Hi guys! Thanks for having me for this talk. Since the end of last year, I’ve been living between a few cities and it feels like everywhere and everything (at least almost) is fine with the club scene. Especially with added optimism by several major festivals that happened in the Winter and Spring of 2022. I like to believe that this will continue.

I’m told that you are a passionate traveller, what are some of your favourite destinations?

It is true! It’s not always easy to give a short answer. Would be fair to say the whole Globe! Except for trips related to shows, I really like to alternate destinations. For example, an evening on the river in a completely wild place, where if you couldn’t catch a fish for dinner, then you go to bed hungry. Or fall asleep in a cosy hotel room overlooking the nature reserve of Norway.

What is it that you like most about travelling?

Every journey has a meditative effect on me. I fall into a state of real calmness, as my regular rhythm and lifestyle are very dynamic so I find travelling an opportunity for some downtime.

It’s an opportunity to turn off the phone, order a cup of tea, open a chocolate bar, and for the next 10 hours don’t stop reading a favourite book or working on notes in a personal notebook, planning, and focusing on inner waves. I like to use time in travel usefully and consciously as possible. Sometimes, I take off as one person with questions, and a few hours later land as another person, with answers lol.

Is it true that you like driving long distances, and what do you find so appealing about that?

Absolute, I love everything about driving and feel like a duck to water when doing it. I enjoy going on expeditions or solo grand tours. It’s enough for me to be shown a point on the map, and I’ll make sure I get there… it doesn’t matter if there is a road or not lol, From early childhood, I have always been fascinated by travelling in cars and always dreamed about it. Later, when I was a little over 20, I bought a car suitable for this, and simply decided to drive South. I ended up travelling a distance of almost two thousand kilometres, not knowing or even thinking about an end destination, how long it will take, and where I will stop for the night. But in the end, it was an unforgettable trip, where everything turned out incredibly well, and I was very happy about the realization of my dream. Since then, every year I find time and the opportunity to drive like this. Sometimes after a show somewhere, I stay for a few extra days, rent a car, and drive around the area.

I’m interested to know if you ever work on music when you are away from home, as it sounds like being on the move gives you lots of sources for inspiration?

Oh sure! I’m always working on musical ideas and sketches on the road, and it often turns out differently than in the usual studio environment. Totally agree with you, that while moving around, many actions and impressions take place, which then fit well into tracks. Also, right after waking up, I like to spend an hour writing something. Before exercise, breakfast or anything else. I only take a bottle of water and a laptop… I often do this in hotels or on gig tours.

Talking of your music, I understand you recently dropped a new release on the Watergate record label, and I’d love to know more about that?

I’m a long time fan of the Watergate label, as they have featured releases by lots of legendary artists. I really like their philosophy, and it’s been a pleasure to work with them. We discussed this release for a long time, and they gave me space for creativity. I wanted to record a special and complete EP. There are 6 tracks, which are all quite different emotionally, and were written at different times. There are collaborations (with Lost Desert and Volen Sentir), solo ones (including my future projects and sound), and they were made in various formats using different music equipment. In the end, it’s been released as a full-fledged vinyl EP that’s packaged in beautiful handmade cover art that was painted by their team. I am very proud of this release and glad that it happened with Watergate.

Is this your first time releasing on Watergate, and have you also played at their nightclub?

My tracks “Arkkaim” and “Turgoyakk” tracks were released by Watergate as part of compilations, but the Life EP is my first full-fledged release with them. I haven’t been to the club itself yet, but I have heard a lot about this legendary venue, and hope to be able to play a set there soon.

What are some of the nightclubs and festivals that you have always enjoyed playing?

There are actually a lot of them, but to name just a few… Stereo in Montreal is a venue with fantastic energy, Warung in Brazil is a real temple of dance music, Akvarium in Budapest has a memorable crowd that partied all night long, Fabric in London has a legendary sound system, and of course All Day I Dream parties that have taken place all around the world. There are so many though, and not only those I mentioned, as I’ve loved playing in all the cities and countries where I’ve performed! Especially when I get asked to do long ‘open to close’ sets, as those are always such a special experience.

Are there any exciting gigs or new releases scheduled for the next few months?

My second album will be released in Autumn, and there are some singles from that scheduled for the Summer. It was originally planned just to be some bonus tracks added-on to my first album, but in the end, the concept grew into a full-fledged independent release. In mid-May, the first All Day I Dream festival will take place in California. That’s going to be a really big festival and I’m very excited about it! I’m also planning a North America tour in the Summer, and in Autumn doing a South America tour that was rescheduled due to Covid.

Thanks for taking the time to talk, is there a message for fans or anything else you would like to add before we finish?

It’s been a pleasure! To my fans… I love you guys so much, and hope to see you soon, no matter the place and time! 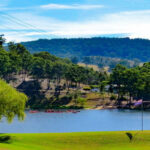 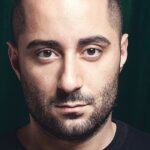