YokoO and Francesco Mami are two of the artists who feature on an impressive remix release from the trueColors record label.

The six-track deep house EP features new remixes of classic music by Timujin, and along with the collaborative effort from YokoO and Francesco Mami, it also includes contributions from Inámo, Roi Okev and Wild Dark.

All of the tracks have strong melodies and deep grooves that are a blend of soft synth textures, organic drum sounds and tightly sequenced percussion.

Many of the artists who feature on this release such as Inámo, Roi Okev and Wild Dark have all contributed to previous trueColors releases. Wild Dark have also featured on Anjunadeep, YokoO has close ties to All Day I Dream, and Francesco Mami’s back catalogue ranges from Stil Vor Talent to Crosstown Rebels.

Wild Dark has remixed two different tracks on this release, and both are impressive melodic house cuts with techy elements and mid-tempos.

Collaborating on a remix, YokoO and Francesco Mami’s effort is deep and dubby with a stripped back sound and lots of atmosphere.

Roi Okev also provides two alternative versions, one is a stunning edit with a beautiful piano section, and the other has ethereal pads and more of a focus on the synths.

We have been told that some of the DJs supporting this release include WhoMadeWho, Bedouin, Mira, &ME, Timo Maas, Armen Miran and Mihai Popoviciu. These tracks would fit nicely into their sets, and we expect these tracks to be popular in the sales charts of leading stores such as Beatport.

You can buy a copy of the release HERE 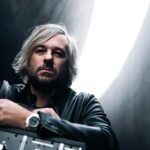 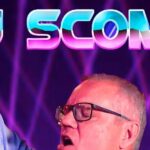