The Chaser are an Australian comedy group who have expressed their frustration with the country’s prime minister Scott Morrison by releasing a diss track that ridicules him.

They have made the track by chopping up a recording of him at a recent political debate with Anthony Albanese.

Using words that came directly out of his mouth, their mash-up track layers the words over a deliberately cheesy backing track that adds extra comedy.

It’s become a viral sensation to the point where it charted No.1 on the Australian iTunes chart.

Many Australians are currently frustrated with Scott Morrison who seems attracted to non-renewable energy despite the bushfires and floods of the past two years.

Climate change is believed to be the environmental cause behind these natural disasters and many of Australia’s population want more of a focus on green energy that has less negative impact on the environment.

Some of its lines in the track are…

“F**k you and your family [and] the essential services you rely on.”
“F**k you other c***s facing floods and bushfires.”
“When disaster strikes I’m ready to go on vacation.”
“Coal makes me hard. Coal makes me c*m. My d**k is always hard and it’s only getting harder.”

It’s been reported that The Chaser started by making a monologue mash-up of the prime minister in response to a dare from a fan, and then they remixed it with the EDM beat after another fan escalated the dare.

It got more than 1 million plays in the first 24 hours of them posting it online, and then they decided to try and get it charted inside the Australian Top 40 where it’s likely to get the attention of Scott Morrison.

Despite its rather silly aesthetic, it’s really quite a clever protest, and one that is hopefully drawing lots of attention to the climate change issues that Australia is currently facing. 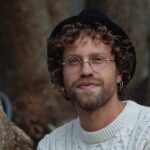 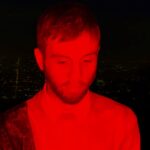