Mattia Borriello, better known as M.I.T.A made his first release at an early age on Sasha Carassi’s Phobiq imprint. Since then he gone on to work with artists like The Advent and has a string of new release planned. We find out more…

Hi Mattia, tell us more about you

I’m 27 and I’m living in the most beautiful island in the world: Ischia! I started djing when I was 14 and I was pretty impressed by a couple of djs I was following in that period..that’s why I started my first approach to music with 2 Gemini cdj-20 and a Behringer mixer.

I decided to start making music since I felt the need to build up something unique and without big expectations. First software I used was Fruity Loops (pretty funny!) then I switched to Propellerhead Reason and last but not least Ableton Live (the one I’m still using for my music).

M.I.T.A. Mmm nice question! I’m from 90’s so dance music was at its best in those years but I can proudly confirm that Neapolitan techno artists like Rino Cerrone, Markantonio, Gaetano Parisio, Danilo Vigorito, Marco Carola (at its golden techno times) gave me the right charge to get into techno music!

M.I.T.A. My first gig (abroad) was in Marseille at Baby Club in 2013. I can clearly remind I was so freaking scared to play in front of foreign people for the first time! Talking about local gigs, I had my first one at Jane Disco in my hometown Ischia in 2005.

M.I.T.A. First approach to music was, honestly, better than expected. I felt like softwares where quite intuitive.
Obviously my first ever made track was horrible haha

M.I.T.A. Honestly music scene in Ischia is pretty boring and based on EDM music. I’m playing quite often here since people felt the need to start opening their minds to another world. They appreciated my sound and that’s why a big slice of the cake is into techno music at the moment in Ischia.

M.I.T.A. I love The Advent, Industrialyzer, Mark Broom, Truncate, Ben Sims and the list could go on for days!

M.I.T.A. Actually I do what I feel. I mean I follow my 6th sense most of the times and it works!

M.I.T.A. I’m playing with Xone K2 and Maschine but after summer I will expand my setup since I need to have fun while playing and not only pushing buttons. Think will link Traktor with Ableton Live to make something unique.

M.I.T.A. My biggest achievement probably was my collab with The Advent. Cisco is an amazing person as well as an outstanding producer and dj. He felt something special in me and decided to work with me.

M.I.T.A. I’ve just released my SYNCHRONIZE EP on Voltage Records with 2 magnificent remixes from Tom Hades and Anna V. My greek sister started in the right way with her label introducing the most wanted artists into techno world nowadays.

Then I will release a collaboration with Mariano De Vita on Kombination Research, an EP on 43 Degrees (an Australian label that is planning big things regarding releases and parties) and next year my remix for Pig&Dan.

Then I’m working on new tracks at the moment and collaborations with The Advent, Industrialyzer, Frank Kvitta and other producers that I will announce soon . So better to expect something big and groovy! 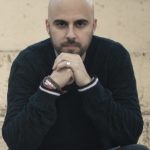 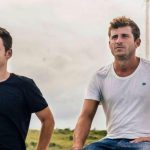