Eric Prydz stirred up some controversy on Twitter this week following a tweet he made about techno being music of the past.

The initial comment from Eric Prydz reads: “Techno…. 1990-2004 > 2005 – now….”, which presumably makes reference to techno progressing forward until 2004, then from 2005 to now the sound either changing direction or becoming more stagnant.

This second statement is a little ambiguous, and to some was perhaps taken as meaning Eric thought the genre was dead. It could also mean that he feels there is less innovation or new ideas perhaps linked to the limitations on new technology compared to old. It’s crazy to think, but there was once a time when a synthesiser was something no one had ever heard before, but today they are commonplace in lots of music.

Synths were around decades before the ’90s, but they were still relatively new to some, and it would have been much easier to make a track with a prominent sound that hadn’t been previously used. Maybe 2004 was the point that Eric Prydz didn’t hear any music with new sounds, but whatever the meaning of his comment, it certainly caused some backlash.

Ben Sims might not be as famous as Eric Prydz in terms of having a mainstream audience, but he’s has a longer career as a DJ, and is widely considered a techno purist. Commenting on the tweet by Eric Prydz, Ben Sims said: “Ssh up you cheesy muppet, you wouldn’t know techno if it punched you in the face. Maybe stick to posting pics of yourself in business class while the world’s ending 🙄 twat”

You can see the tweets below, and follow them to view the full debate…

Ssh up you cheesy muppet, you wouldn’t know techno if it punched you in the face. Maybe stick to posting pics of yourself in business class while the world’s ending 🙄 twat https://t.co/sI8qEbuad9 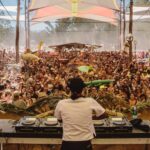 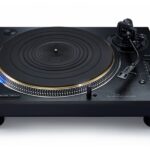