Warg is an Australian record label and events brand focused on techno.

On the 23rd of September, Warg is running a mammoth event with international headliners Slam, Cleric and Truncate. Taking place at The Timber Yard in Melbourne, it’s a huge line-up that will no doubt attract people from all over Australia.

Any one of the headliners would be enough to pack out a club with excited techno fans, but all three in one night is a rare treat for Australian techno fans.

Slam are a highly influential Scottish duo who have been at the centre of the world’s techno scene since the ’90s. Not only are they exceptional DJs whose high-energy style of dark and hypnotic techno makes their sets stuff of legend, but they are also highly respected producers whose back catalogue includes anthems such as Positive Education and they also own the iconic record label, Soma.

Truncate is an American techno producer from Los Angeles whose stripped-back style of loopy techno with funky undertones has helped define today’s underground style. He first made a name for himself as a talented producer who was highly sought after by leading record labels. It wasn’t long before he got a chance to showcase his DJ skills and the world got to see he was equally talented behind the decks.

Cleric is a UK producer from Manchester and he has become a stalwart of the international scene known for his explosive style with thrashing percussion and captivating synth lines. Skilled as both a producer and DJ, he is a master at creating an intense atmosphere on the dance floor.

The event runs from 1pm to 11pm and will also feature local support from warm-up DJs SPEZ, Chiara Kickdrum and Matt Radovich. 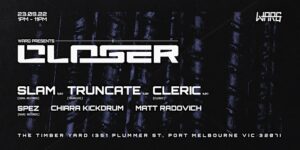 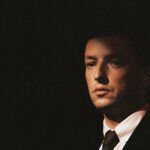