Josh Wink is one of electronic music’s most iconic names.

Josh Wink has been releasing music since the ’90s, and his track “Higher State of Consciousness” is a hall of fame classic that crossed over into mainstream culture.

Known for having eclectic tastes, Josh Wink’s tracks and DJ sets often switch between house and techno. Equally respected in both genres, his music usually leans towards the more techy side of things, and has featured on iconic labels ranging from R&S and Soma, to Bedrock and Cocoon.

One of the record label’s synonymous with Josh Wink is his own Ovum Recordings, which has been a regular outlet for his music along with many seminal releases featuring the likes of DJ Koze, Loco Dice and Shadow Child.

Most recently, Josh Wink returned to his label for a collaboration with techno superstar Truncate. Together the guys have produced three underground tracks with a stripped back sound and dark atmosphere.

Hi Josh, it’s great to be talking with you today. What part of the world are you currently living in, and are the local nightclubs open again?

I am in Philadelphia, Pennsylvania. Yes, slowly the venues are opening. Baby steps for sure.

You have been in the electronic music scene for many years, and I wanted to ask how you coped without playing gigs?

It’s been challenging. But, really working on focusing on what can be done while I wasn’t travelling. Finding out what the lessons were to learn from this experience. It has been a unique experience for each of us, supplying its own challenges and hurdles to address.

I’m told you like to meditate; did this help you stay sane during lockdown?

I think meditation helps with all aspects of life. So, yes, it has been an important tool for helping me manage and appreciate everyday life.

How long have you meditated for, and could you recommend any books or websites for those wishing to give it a try?

I’ve been into mindful meditation for many years, being introduced into my life when I was around 13. Yet, I didn’t actively start then, as it just planet a seed for me to come back to later.  It’s hard for me to recommend books for people to jump into mediation, as it’s a very personal experience and everyone is unique with why they are interested in getting into meditation. There are thousands of books on meditation. However, I’ve been into the teachings of a Vietnamese monk named Thich Nhat Hanh who has enlightened me with daily mindfulness love, peace, compassion and insight. I am still a beginner and dealing with Dharana. For years I have really been interested in committing and starting a journey into TM meditation.

What else helps keep your mind and body healthy, do you have any other activities or a routine that help?

It’s extremely important for me to balance my city and heavy travel life with exercise in nature daily in order to ground my body and mind with Mother Earth. Along with living life practising that food is my medicine.

Talking of routines, I see that you have maintained a steady run of releases over the last year or so. Which labels have you worked with recently, and are there any tracks or remixes that you are particularly proud of?

I feel fortunate to make music after so many years, along with creating a living from it.  My label Ovum Recordings is still up and running, and I’m happy to be releasing my music along with others on it. I am grateful that I also get to release my music on other labels that I respect too.  I’m proud of all the music I release, otherwise, I would not release it. This past year, I worked with Ellum, Bombossa, Cocoon, Afterlife, Truncate, Max Cooper’s Mesh, Bedrock, BeAsOne, and of course Ovum Recordings.

How are things going with your own label Ovum Recordings, as I see you are soon to drop a new EP on it that’s made in collaboration with Truncate?

Great! The resist remix competition was a great success along with quality releases from Taran & Lomov, Black Cadmium and Alexander Wirth. Yes, I recently collaborated with my friend and fellow artist colleague Truncate. We did the collaboration at his studio when I was visiting Los Angelis in Jan 2020, and I’m excited to finally have it released. A couple of people we trusted have been playing it out over the year, and we have some quality hype for release, which we’re all excited about.

Also, how do you and Truncate know each other, and are there more collaborations still to come?

We met Through mutual friends at Berghain in Berlin. We both are fans of each other’s music and became friends quickly.

I mentioned to Truncate that I was going to be out in LA for a gig, and we talked about the possibilities of us doing something together that’s a mixture of our styles and visions. So this release is one of two that have come from that session in January 2020. We will decide on what to do with the other two tracks in the near future.

Could you talk us through what you look for when signing music to Ovum Records?

We get lots of demos and have to sort out a lot of music. Yet Matty and I chose the music we feel will last the test of time and not sign tracks due to their trendy nature. So we sign based on listening to tracks with our hearts, not our heads.. we are a varied and diverse label which is a great thing. But it’s very difficult in these times of disposable (similar) music that is safe, easy and tend not to take chances.

What’s next in your schedule, and is there anything else you would like to mention before we finish?

I have two new projects in the pipeline. One that is a secret side project of non-dance oriented electronic downtempo songs… it’s more of a band kind of thing.

The other is more club/festival oriented techno bangers. It has been a while since I’ve focused on that style, and I sometimes feel that a lot of my music is a little too “heady”, intricate and deep for the festivals and clubs. So I thought I would return to making tracks that cause devastation on the dance floor.

I recently did a remix of Shlomi Aber’s “Liquid Pressure” that came out on November 18th via his Be As One label, and my EP with Truncate called “Be Aware” dropped December 10th on Ovum.

Next after those, is an EP called “Detroit Stab” that’s coming via REKIDS on January 28th, and there is also a very special remix package of my classic “Higher State Of Consciousness’ in the works!

Thanks for running through the questions, do you have a special message for fans?

Keep smiling, having an open mind and supporting electronic music! 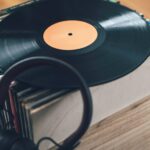 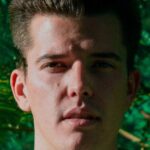