Liam Sieker has released music on record labels including All Day I Dream, Mango Alley and The Soundgarden.

Liam Sieker is a talented Australian DJ and producer who provides the last 333 Sessions mix of 2023 with a sublime mix of deep and progressive house.

A talented DJ who has performed at many of Australia’s leading electronic music festivals such as Interstellar Groove, his style is a blend of deep atmospheric, uplifting melodic house which is propelled by crisp percussion sequenced into enthralling rhythms that enrapture the dance floor.

He is already known on the international progressive scene and his sound also crosses over into deep house. We are honoured to have this spellbinding mix from him which showcases his innate ability to move mind and body.

How did you find the format what was the vibe/energy you were trying to capture?

Hey, 333 gang thanks for having me! For my 333 I really wanted to dance around between inspirations that have stuck with me from the beginning of my journey with electronic music, to artists and some tracks that were brand new or upcoming from artists I may have recently found or dived into.

This to me is a perfect example of what I would do given 3.5 hours of your time in the club and I tried to approach it as such. With a little bit of preparation and one take recording it I was really happy with how it came out!

I think when my brother used to drive me to primary school listening to Sensient, Tetrameth and lots of Australian doof influence I was already educated from an early age but then when they took me to my first rainbow and I saw GuyJ close the festival for 4 hours I was hooked!

The places we grow up in, various locations and cities can have a powerful effect on our creative energy. Tell us more about where you grew up and how it may have influenced your sound and direction?

Melbourne is where I grew up and is a city incredibly rich in progressive talent as I mentioned above. During the 2000’s it was at the forefront of the global progressive scene and would truly make ripples across the world. Even though progressive took a backseat over the 20 years I have still drawn heavily from that history and try to bring my own youthful energy to the mix when making it.

I have been told before that some of my music sounds like I have used old styles with new sounds and synthesise which I try and take that back into the studio and harness.

Let’s let our imaginations wander, if you could play anywhere in the world, for example, at a historical monument, a large festival or just in front of the perfect amount of close friends… where would it be?

I would have to say Mad Monday at Rainbow Serpent Festival is a no-brainer for my top spot I would like to play. That is where it all started for me and Would be an honour to come full circle and be able to play on the stage that still inspires me!

I would also love to play a gig with The Soundgarden overseas somewhere perhaps South America or Europe, which is a goal I am working towards bit by bit!

We would like to invite you to add two tracks to our Flow Suggests melodic house playlist, songs you can’t stop listening to what would you like to add?

Oh, that’s a tricky one! There are so many more than 2 I would like to add. But I would have to say…

Finally is there any message you would like to send to your supporters?

Thanks to everyone who has supported me and gotten me to where I am today!

The first half of 2023 is looking really busy with my biggest releases and podcast appearances to date so keep a look out and stay up to date with my pages! 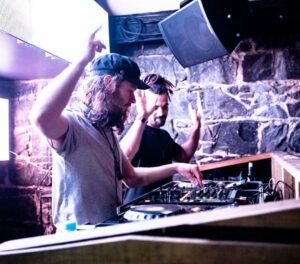 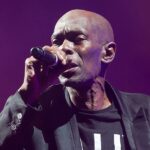 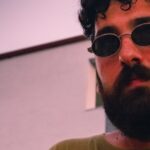