The latest release on Kamai Music is an impressive 9-track compilation titled Visions featuring tracks by a range of artists. Namito had previously featured on the imprint as a remix artist, but this time he returns with original material and he is joined by other artists including Budajevo & Luca Zagaia, SAVAGE & SHē, Drahm, K-os Theory, Kon Faber, Stephen Herschel, Amentia, Bakean and Farry.

It’s a release that showcases Kamai Music’s full range of styles with techy cuts like “Joubi” by Farry, melodic cuts like “Sensitive Robot” by Namito, uplifting cuts like “Hirayat” by K-os Theory and trippy cuts like “Far Close” by Kon Faber.

There are core elements that bind the tracks of the label together as all of the tracks are a similar tempo around 120 BPM and they are all relatively melodic with spacious sound design.

Utilising crisp and flowing percussion that’s often composted with organic textures, the label has an enchanting vibe that’s often laid back. The imprint also isn’t scared to pull on the heartstrings with the occasional emotive track.

Jacob Groening also uses the label as an outlet for his own music in between his releases on the likes of 3000 Grad Records and The Gardens of Babylon.

Visions in another lovely release from a fantastic record label and we recommend that all fans of organic house/downtempo check it out, but there is also some crossover into deep house and melodic house/techno.

Out now, you can buy a copy HERE. 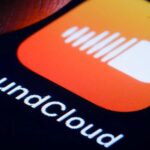 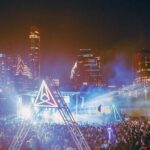