Seismic Dance Event has announced the complete artist lineup for their fifth anniversary in return to The Concourse Project on November 11-13.

Seismic Dance Event takes place at The Concourse Project, a seven-acre venue run by the RealMusic Events team. The Concourse Project was recently nominated by DJ Mag as part of their Best of North America 2022 awards, gaining some serious recognition with placement in the Best Large Club category.

Seismic has also been praised for its commitment to sustainability, working with the organization Bye Bye Plastic to separate waste streams into landfill, compost, and recycling along with recording a noteworthy 16,468 single-use plastic cups saved from the landfill in 2021.

Seismic Dance Event will have three stages, both indoor and outdoor – Volcano, Tsunami, and Frequency – each having their own distinct production elements and curation of sounds. Art installations, food trucks, and a multitude of surprises throughout the venue furthermore make this the region’s most immersive electronic event to date.

RealMusic Events has spent the last 13 years fostering the Austin scene as an unexpected home for the electronic sounds of tomorrow. It is this commitment to writing the next chapter of the city’s diverse musical history that stands at the heart of the Seismic ethos.

Tickets and more info can be found HERE. 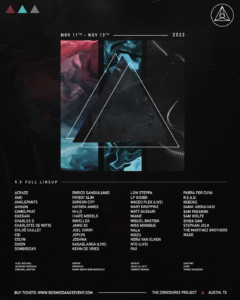 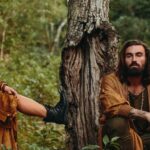 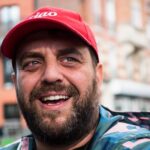