Listen to premiere track ‘The Answer’

1. Hi, great to speak with you Hernán. So you’re originally from Buenos Aires, but moved to Spain back in 2001. Can you tell us how this move affected you and your career in music?

Hey! Yes, it was a crucial decision in my life. Having moved to Barcelona was the beginning of my career in electronic music from a much more serious point. It also opened me up to the world scene where I absorbed other musical influences, especially because of the access to fresh records in several records stores. This change of life definitely allowed me to relate with producers and deejays all over the world, and gave me the opportunity to connectwith some of the most established artists and sharing gigs here and there.

2. We’re extremely interested to hear about your involvement in the scene in Spain. Can you tell us more about it as well as what the scene is like in Barcelona?

I always had a very active participation within the local scene in Barcelona, being an artistic director, resident deejay or promoter, running events and parties in illegal warehouses to open air festivals, or driving the Off Sonar Movement from its beginnings. I also owned a place where I programmed artists every day around 2005-2007. Then I was artistic director of the legendary Macarena Club and its beach extension Macarena Beach from 2010-2012 that marked a milestone in the history of the city. After that I became part of FACT Worldwide events from2012-2017 taking the Barcelona brand to the best clubs in the world. And now I’m giving birth to a new project: BRIDGE48 Studios to reinforce the artistic framework in town, but looking to expand the concept in other countries as well.

3. We absolutely love your upcoming release on Yakazi entitled “Trainspotting”. Can you tell us how this release came into fruition?

Thanks!! I’m glad you like it. Well, it was born from a period of much inspiration, introspection and many hours in the studio. At that time I was looking for a variation in my usual sound. I wanted to add more energy and strength to my tracks without reaching to a techno level but with muscular basses and touches of acid; keeping soundscapes and organic textures. But it was the guys from Yakazi, Andre and Edu, who chose these tracks from a few others and I think the selection and combination make a pretty solid EP.

4. Would you walk us through your approach to the tracks on your EP? What is your creative process in the studio? Vinyl Speed Adjust also appear on the package, what led to them contributing a remix?

My way of working in the studio is with both analog machines and digital plug-ins, I do not like to lock myself with anything. What I like about machines is the manipulation and the unlimited possibilities of the digital world. The batteries from ‘The Answer’, for example, were programmed with the Roland TR-8 and the acid line with a Bass Station, in “Dummy Promises” many sounds were recorded with the Korg Volca Keys that seem defenceless, hehe. And in ‘Trainspotting’ the pads that play a fundamental role in the track with a subtle presence, were programmed digitally. The work of Vinyl Speed Adjust has been simply great. They have made a masterful interpretation of my taste. I am a big fan of their productions and I always play their tracks. I have a good relationship with their manager, I proposed it and they agreed happily. It is a great pleasure to have them on board in this EP.

5. Could you tell us what your favourite three pieces of studio equipment are?

Ouch, this is really hard to answer. But there are three fundamental pieces to make music: drums, bass and synths. So my selection here is the Tanzbär, Roland SH-101 and Korg Minilogue.

6. Can you tell us about your involvement in the Bridge48 Studios in Barcelona?

I started this project alone one year ago and then I partnered with Davide Squillace and now with Dubfire as well. BRIDGE48 Studios is a membership club for electronic music producers with music production studios, a very cosy co-working area, a bar, a record store in the art gallery, an auditory for events and an open air terrace. All in all where we will create experiences such asmasterclasses, work-shops, product presentations, seminars and showcases, etc. Sometimes we need to create a path that takes us to the other side…a bridge to make us connect. And this is what happened to me. Some of our resident members areMartin Buttrich, Guti, Francesco Tristano or James Mc Hale.

7. From your Instagram it is evident that you enjoy spending time out of the studio with your family and in nature? What is a typical day like for Herr when he’s not working on music?

Life takes you through different paths. Now I’m in a moment where spending time with my family is of the utmost importance. After spending the whole of last year locked away in the studio and incubating the seed of BRIDGE48, there were many days where I’d be locked into the music without seeing too many people. Now it’s time for extroversion. Diving inside my self for so long was a bit stifling. BRIDGE48 is taking up most of my time right now preparing my own playground to reconnect with the studio time, and also working for Martin Buttrich helping him with several logistical tasks. I wear an invisible cloak of superman so Crossfit is my energy source.

8. Aside from your “Trainspotting” EP on Yakazi, what others projects can we expect from you in the future?

I’m going to launch my own label called TAIL FINS during 2019 for which I already have several EPs, collaborations and remixes. 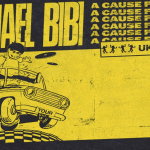 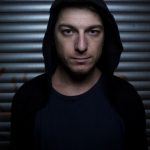