Berlin based Bee Lincoln is a dedicated DJ, producer, label owner, event manager that holds a lot of love for the scene.

Hey Ralf, where are you based and how did you first get hooked on dance music?

Hello! I live in Berlin nowadays, but I grew up in the south of Germany near Freiburg, close to the Swiss border. My older brother infected me with the electronic virus in the late 90s by buying recorded mixtapes from clubs in Switzerland. The music at that time was more Progressive House and Speedgarage. At the day of becoming full-aged in 2000, I organized a little rave on the countryside with 200 friends and bought exactly 17 vinyl records for playing my first set in front of people. I got totally addicted to discovering and diggin’ new music, and the clubs became my second home, especially the ones in the German-Swiss-French triangle.

For the next decade I was playin’ regularly warm ups for many big names, throwing partys and working for a nightlife magazine, but I still didn’t feel close enough. Though, I was attracted and amazed by the music and unique club scene of Berlin, so I decided to move there in 2009 for studying, getting lost, but also getting to know myself and what I really want in life. Now after almost ten years and even if many things are changing here, Berlin still feels like the most comfortable and open-minded city for me, as I’m surrounded by great friends and having the liberty for working in our music studio, a place ‘out of time’.

Who are the people that most inspire you right now in dance music?

That’s not an easy question as I’m on a nonstop seeking level for new artists who catch me with their music. The list of names would be too long to mention all who impressed me by something. In a genre which is characterised by its forward-thinking and ever-developing sounds, artists need to move on constantly and use their creativity to reinvent their style again and again. I highly respect those who are able to ride the wave a bit longer (not only by buying followers) and inspire others in todays club/music scene.

On my tide there are currently producers like Luuk van Djik, Rich Nxt, Dimmish, My Cat Snoop, Londonground, Legit Trip, Josh Butler, Leonardo Gonnelli and some more great Italian artists. For my taste, Italy right now is one of the most powerful countries for dance music. Labels for delivering continuously quality stuff are e.g. Moan, Oblack Label, Little Helpers, AMA Records or NoExcuse Rec. If I consider in Djing there would be many others to mention. ItaloJohnson flashed me several times this summer with a record selection always on point, as well as the guys of Apollonia, three really amazing artists!

Furthermore there’s Matteo Gatti, who has an impressive sensibility for groove, it pours in his blood. At the approach for work methods and functionality in music production, Miro Pajic is a creative mastermind. His ear is exceptionally trained and he has an outstanding knowledge in composing music. After years of learning (Thanks for that!) and working close to him, it’s still imposing and inspires me!

How would you describe the style of music you’re making and which other major labels have you featured on?

People say that all of my music has something in common, whether if I play/produce minimal, house or techno. Essentially it needs a groove!! Preferentially with a proper bassline. Tight percussions and crispy rhythms are the spice to make it move. My experience is that if I’m talking alongside with someone and after a half hour my head still nods on the same loop, then I know it’s the right thing.

The minimal music from the mid 2000’s influenced me definitely a lot, but also it’s the techno from the time before or even house music from end 90’s. In sum it’s a contemporary mixture of all these, probably somehow centred around the “reduced way” of todays Techhouse. I’d say that it’s kinda oldschool’ish, but music from nowadays. It needs an unusual hook or some weird sound elements to make me fall in love with it. My tracks so far were released on Berlin-based labels like Tonkind, Compute Music or Zoned-Recordings, as well as the Japanese label Transit Rec. Kyoto and Swiss vinyl-only imprint Questo?! Music. In my early producing years (I started producing music in a serious way around 3,5 years ago) I released on Neverending Records and Heatflow.

Tell us about your DJ setup when you’re performing.

I’m not ambitious to perform live at the moment. I originate from the vinyl DJ culture and love DJing, being able to switch styles and being playful with it. Just as much as surprising people when it’s the right moment. Therefore it means that I would miss this flexibility in live sets, even if I appreciate live performing artists a lot because I know that it’s immensely much work and demands lots of skills and know-how on the technical side. In these days, I simply use USB and try to be skilled in sampling by CDJs. I’m also testing the Pioneer RMX series, which gives a lot of spice to DJ-sets, as long as you don’t ‘over-use’ it.

Talk to us about your imprint As Usual and why you founded it?

Basically “as usual.” began as a weekly event series in 2013. The first three years we’ve built up a cosy and familiar atmosphere for sliding smoothly every Thursday into the weekend at “Crack Bellmer” with artists we love. The foundation of the record label in 2017 was a logical consequence of my past work in the music scene, such as being responsible for booking at various clubs or event series, media management studies, writing for music magazines and a book about vinyl culture. Doing a label was in my mind since a long time and it simply needed the right starting point. So now the label is focused on Techhouse and Minimal, with influences of multiform ranges in Techno and House music. Deeply groovin’ cutting-edge sounds, dirty basses and rollin’ rhythmics are basic to what makes it shakin’ or bangin’ – consequently the demanding nature of our music is fundamentally made for having maximum aesthetics to please the dancefloors. With no fear to break the rules at some point.

It’s represented by some interesting artists like Marc Faenger, Ben Teufel, Enzo Leep, Miro Pajic, Rone White, Matteo Gatti, Taron-Trekka, Gabriel Ferreira, David Pher, Aney F., Raized and some more. I love to connect diverse aspects of creativity for having an intense excitement in projects and concepts. Taking the challenge of the ongoing evolution in the music industries/scenes and feeling the impulses of tomorrow is a daily need.

What have been some of the biggest highlights from it to date? This can be tracks? Gigs? Who’s usually supporting it?

Generally a personal highlight is always to get some appreciated artists releasing/remixing on the label and sharing some musical moments together. Enzo Leep’s Remix for Flo Pirke was going very strong and has kept in the Minimal Top 100 in Beatport for many weeks. Also Matteo Gatti’s “Cloud 9” is a timeless groovin’ piece and supported/played by global players like Joris Voorn, Pan-Pot or even Roger Sanchez. “Nava” by Marc Faenger was featured in Dr. Motte’s blog. Recently the EP by Raized was supported by acts like Steve Lawler, Detlef, Karotte, Sasha Carassi and some more. We also get continuous feedbacks by Joseph Capriati, Paco Osuna, Chris Fortier, Hanne & Lore, Joyce Muniz and Michel De Hey. It’s good to see that our music goes around.

Do you have any other releases planned for the future that you want to share?

Sure, by the end of November my track “King Of Drones” is coming out on Gabriel Ferreira’s label Ninefont. It’s a low trippin’ freaky tune, can’t wait for this one to be out. After this, I’ll be part on the 15 years anniversary compilation of Golden Gate Club Records, which is something special for me as I’m playing regularly in this club since many years. Actually it feels kind of most comfortable with my music and I love the pure and dirty underground vibe there. Also my next EP on ‘as usual.music’ is ready and comes in the beginning of 2019, as well as a remix on Ben Teufel’s Antura Records. Some further projects are cooking and brewing already, so I´m excited and curious about things to come in 2019. 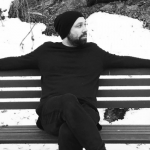 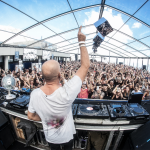