Dave Seaman and Steve Parry are the masterminds behind the Selador record label and events.

Dave Seaman is a melodic house and techno legend whose classic Global Underground compilations inspired a generation, and together with Steve Parry the guys run their influential record label Selador.

A working DJ since the age of 15, Steve Parry has amassed a wealth of musical knowledge and honed some serious DJ skills during a three-year residency at Cream in Liverpool, and a host of headlining gigs across the globe.

The guys are based in England where nightclubs are allowed to open again, and they have just announced a Selador label party at E1 London. Along with sets from both the guys, Danny Howells and Just Her will be joining them behind the decks.

Excited to learn more about this event and what else has been happening with Selador, we caught up with the guys to ask them a few questions…

Hey guys, thanks for speaking with us! How are you getting on today, and where in the world are you both?

Steve: Hey hey – thanks for having us! I’m at home in Liverpool – a busy day working today – although I’m slightly jaded after seeing Chic play last night. Such a great band! And maybe a few too many beers… haha

Dave: I’m travelling back from Scotland where I DJed last night for the legendary Rhumba Club’s 30th birthday so I’m also feeling slightly worse for wear. We never learn, do we?! 😅

So you both very much have your own careers as DJs and producers, but you’re also the co founders and label heads of Selador Recordings. The label has been running for many years now, how did this journey begin? And why the name Selador?

Dave: Steve & I have known each other since the early 90s, so when he let slip one day that it was one of his goals to run his own record label I immediately suggested we do something together. That was eight years ago and we’ve never looked back. The name was inspired from a passage in the film Donnie Darko where it’s said that ‘cellar door’ is the most beautiful sounding combination of words in the English language.

Steve, you’ve got a new release out on Selador, can you tell us a bit about it?

Steve: Yes absolutely – it’s a selection of new remixes of tracks of mine. First up Doc Martin takes on ‘303 V’. An absolute DJ legend, and thoroughly nice chap – I was delighted when he remixed this for me. It’s tough, and cool, and a bit different to everything else out there – oozing with quality!

Next up Renato Cohen remixed ‘What You Make It’ – the track was originally a big and chunky melodic techno track, and Renato took it even further, and added some serious bass sounds, an absolute monster of a remix. I’ve played this out a few times already, and people always ask what it is. I am a huge fan of Renato and play music by him in pretty much every set I do, it’s been like that for years!

And last but by no means least, the wonderful Bebetta remixes ‘Fenner’. Utilising a lot of the original elements, but adding some fresh vibes, it’s a great remix that sounds superb on the dance floor. Bebetta is another favourite producer of mine whose music I’ve been playing for years, so I was very happy to have her onboard too.

You’re also launching your new events series Seladoria this month – why now with the events? What was the catalyst to start these parties generally?

Dave: Having our own label parties has been something we’ve wanted to do for a while, but we took some time to formulate the concept. We wanted our events to be a memorable experience not only from a musical point of view but visually as well so we’ve had some custom visuals made that interact with the music. They’re pretty impressive if we do say so ourselves!

What are you hoping that Seladoria will bring to the world of events?

Steve: Everything we do is all kind of pinned around DJ gigs, so this is our take on how we would love a party to be. We wanted to bring something a little different to a club night – with the specially created visuals (that really are amazing!!) and with the VJ interacting with our DJ sets, each night brings a different slant of music and visuals, as it’s all unique to that event. We’re really excited for everyone to see them.

Where do you hope to take the parties? What’s the dream location/venue?

Steve: The great thing is – if we can get a big LED screen into a venue that can really show off the images, the world is our oyster. From festivals to dark basements, this will really work in many situations. Ideally, we would love to tour all of the cool clubs and clubbing cities around the globe.

Dave: Our launch party is this Friday (24th September) in London at E1 with Steve and myself joined by Danny Howells & Just Her. And from there, like Steve says, we’d love to take it around the world. There’re already discussions going on for parties in the US and Australia for 2022.

What do you think is the biggest lesson you’ve learnt from running a label?

Steve: I think after 30+ years working in the industry, that there is always more to learn! It’s a never-ending but also very exciting non-stop education.

What do you think is the biggest lesson you’ve learnt from each other?!

Steve: Well I was always a DJ fan boy of Dave’s, so it’s great to be working and running the label together. Dave has always shown me that it’s important to try to be the best at what you are doing in any circumstances, obviously at DJing. But everything we do. Always try to keep trying to be better.

Dave: Yeah, I think we do push each other in that respect. Being open, always striving to be better and willing to keep on learning.

What’s the best part of running a label?

Steve: The buzz of signing a new track, or getting a hot new remix delivered, and then having those exclusive tracks to play. It’s also wonderful when people come and tell you they love the label, that gives me a warm fuzzy glow inside.

Dave: I will echo that. I’ve always loved the process of finding new music to release to the world and seeing and hearing people really loving what we do.

Thanks for taking the time talking to us today, do you have a message for fans or anything else you want to add before we finish?

Steve: Thank you! Seladoria, coming to a dance floor near you soon. Try and pop along, you may like it!

Catch Steve Parry playing alongside fellow Selador founder Dave Seaman, Danny Howells and Just Her will also be joining them at the first Seladoria event, Friday 24th at E1 London: You can pick up tickets HERE 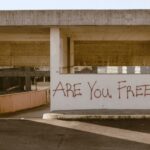 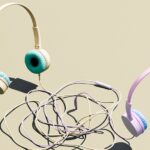