Survey results also found that only 13.5% of DJs got financial support through lockdown.

A new study has revealed that 70% of DJs were forced to retire during the COVID-19 pandemic.

The survey was carried out by Pirate Studio, which is a network of 24-hour studio spaces used by DJs, producers, musicians, podcasters, dancers and vocalists.

Pirate Studio is also known as Pirate was forced to close during the pandemic, and decided to survey its database of 20,000 customers to find out how the lockdown had affected their careers/livelihood.

We already knew that DJs and the nightlife industry had been hit hard, but that doesn’t detract away from some of the survey’s findings.

The survey uncovered 70% of DJs had retrained or learnt a new skill due to the pandemics influence on their career, and 26% of DJs felt that they are disheartened to the point where they are now less likely to pursue a full-time career in music.

54% of the people surveyed said they had taken a loss in income revenue during the pandemic. They also collected data on how many of those had applied for government grants aimed to help support those affected by the pandemic. 21% had applied for a grant, but shockingly, only 13.5% of those applications were given payments!

Taking the loss of earnings into consideration, the survey asked if they were offered a hypothetical indoor gig during the pandemic, and 61% of DJs said they would take it. This high figure of more than half could perhaps be linked to how few received financial government support.

There was some good news to come from the survey, as 67% of DJs said they had started learning how to produce music. Many also said they had used streaming platforms such as Twitch to reach fans and play sets.

For more information, you can access the full report HERE 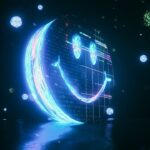 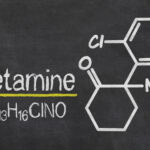