Research has discovered that music is infectious, in the sense that it spreads in a similar way to a virus.

This new study was published in Proceedings of the Royal Society A: Mathematical and Physical Sciences, and found that the pattern of music downloads has a strong resemblance to the epidemic curves of infectious disease. According to the research, it would appear that electronica is the most infectious genre of music.

Dora Rosati is a degree in mathematics and statistics expert who graduated from McMaster University, and she lead the team who conducted the study using a database of nearly 1.4 billion individual song downloads, which was acquired from the now-defunct music streaming service MixRadio.

They compared the spread of song downloads to the SIR model which is used to track the spread of an epidemic disease, and looked for trends that would indicate any similarities in the way they are passed between people. They gave particular focus to the top 1,000 songs downloaded in the UK between 2007 and 2014.

It was discovered that the SIR model worked surprisingly well for tracking download trends, as it did for predicting the spread of an infectious disease.

During the research, the team also calculated the basic reproduction number (R0) of different music genres. R0 is an epidemiologic metric used to describe the contagiousness or transmissibility of an infectious disease assuming a population has zero immunity to the virus. They applied these same principles to music to discover which genres were more infectious in terms of how quickly they spread through a community of music fans.

Dance and metal had the lowest average R0 scores, at 2.8 and 3.7, respectively. Pop music was more infectous, but genres like rock and hip hop both outperformed it. Surprisingly, electronica had the highest R0 at 3,430.

This high R0 does not necessarily mean that electronica is the most downloaded in terms of its total number of downloads, but each individual download can spark more downloads via human connection either online or in person. So, basically one person telling or influencing another, and the other downloading what they got told about or shown.

Dora Rosati explains that the numbers could show that electronica fans may be more passionate about their favourite songs, but it could also mean electronica is a genre with a more tightly connected network of fans. This would make sense due to niche genres often being echo chambers were people build networks and communities based around a shared music taste.

Dr Thomas Rawson is a disease modeller at Imperial College London, and he commented on the results by stating diseases are limited in how they can spread due to requiring physical interaction between humans. He explained how the R0 can be increased dramatically for music, because after posting one Tweet or social media post about a new track or album, you can “infect” hundreds of other fans within minutes, saying: “you can spread a song disease far quicker than you could an infectious disease”. Dr Thomas Rawson continued: “There are probably a lot of people in a population that may already be immune to a genre like electronica, because of their existing tastes.”

Expanding on the comments by Dr Thomas Rawson, Dora Rosati said: “It implies that a lot of the social processes that drive the spread of disease, or analogues of those processes, might also be driving the spread of songs. More specifically, it supports the idea that both music and infectious diseases depend on social connections to spread through populations.

“With a disease, if you come into contact with someone who is ill, then you have a certain chance of catching that disease. With songs, it looks very similar. The big difference is that for songs, it doesn’t necessarily have to be physical contact – it could be that my friend used this cool new song in their Instagram story, so now I’m going to go and find it.”

The research also found that some genres such as pop and rock have notable swings in how contagious a song may or may not be, and it’s thought this is because more mainstream genres have wider influence from things like the radio and TV. There are lots of pop songs out there, and the ones that get played on national radio naturally get more downloads due to bigger exposure, but lots more pop songs slip under the radar without reaching a wide audience.

Sharing her thoughts on the findings relating to genre, Dora Rosati said: “The biggest changes are likely to be in these more niche genres that wouldn’t necessarily have been getting the radio play, or where the artists weren’t as big. I think they have a much better chance of spreading in our current situation of streaming and social media platforms.”

Overall, the findings from this study present a data model that could be useful in predicting trends for new releases, and how quickly people can latch onto new music. 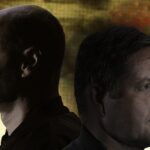 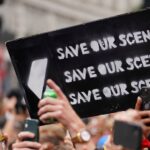