Victor Ruiz, thank you for joining us. Can you tell us a little more about the techno scene in Brazil? What’s your favourite party to play and what makes it so special?

Victor Ruiz: Thank you for inviting me here. Well, the techno scene in Brazil now is getting stronger again. Lots of parties are popping up in really cool locations with a nice underground atmosphere and the crowd is really into it. I think as a club probably Warung Beach Club would be my pick. It’s the right spot between nature and electronic music. The vibe there is unique, especially when the sun rises from the sea and all the crowd becomes orange with the sun light. It’s breath taking.

Can you tell us how you got your first big break and what have been the pivotal moments in your career so far in terms of DJ shows, tracks etc? What was it like growing up in Brazil enthused by electronic music? Did you have any local heroes?

Victor Ruiz: This is difficult to remember but I will try. In terms of tracks I think one of the first highlights was “Arise” in collaboration with my friend D-Nox. This track went high in the charts and also took me to different kinds of crowds – both Techno and Progressive House. Also I had some other ones such as Red Lights, Nevermind, Apollo (with Thomas Schumacher), and some remixes from amazing artists such as Moby, Stephan Bodzin, Oliver Huntemann, etc. Regarding gigs I think one of the most important was the Fusion Festival in 2014. It was a breakthrough gig for me in Germany and I get feedbacks until today about this gig. Honestly is hard to say what exactly happened but I’m sure it was a mixture of hard work and great opportunities.

With this being your debut playing in the UK, how excited are you and what can the Familia and Egg LDN audience expect from your set?

Victor Ruiz: Actually this is my second time in the UK – I performed in 2015 at the Noisily Festival in Leicester – but this is my debut gig in London and I’m freaking out of excitement. It will be one day after my birthday so we’ll have a proper party! Since I was a kid I was listening to British rock bands and getting really inspired, so for me is a dream coming true to perform in London. I will do my best and hope you all have fun with me.

You recently played at such diverse events as City Hall (Barcelona), Sisyphos (Berlin) and Tomorrowland (Belgium). Can you tell us what they were like to perform at and how they differ?

Victor Ruiz: All amazing gigs, especially Sisyphos, which is one of my favourite clubs in the World. I played 4 hours and it seemed it was too short. Berlin is a magical city and one of the best to perform as a Techno DJ. You have the freedom to do whatever you want and the crowd follows you up on every beat.

Could you give us a little bit of an insight about your collaborations with visual artist Any Mello. How does your creative partnership work and what are your proudest projects so far?

Victor Ruiz: Any and me had a project together during 5 years and it was so fun. The magic of visuals with music is a next level kind of art and entertainment. She is really talented and the best partner to work with. Now she’s focusing on her music productions and is performing as a DJ for more than 1 year already. We did some tracks in collaboration and they are fantastic – stay tuned.

You’ve remixed a catalogue of artists including techno titans Oliver Huntemann, Stephan Bodzin and Thomas Schumacher, and do you have a favourite remix and what makes it so special? Can you reveal who’s next on the list for a re-work?

Victor Ruiz: Besides these three remixes I also remixed Dubfire and Moby, who had a major influence in my music life. It’s hard to say which is my favourite, maybe Huntemann’s “Magnet” remix. It is a powerful piece of work. Also I did recently a new remix of Schumacher’s “Fangbanger” and it’s a banger! The next one in line I think you might know: Olivier Giacomotto’s “Bipolar Star”.

When you’re producing can you tell us how you execute a memorable techno tune and are there certain key elements? Does it start with an idea before you hit the studio or do you find the sounds that come out inspire the outcome?

In the Beatport July techno chart you had 3 Top 5 tracks “I am”, “Inside out”, “Clutch” at the same time, and how did you feel when this happened? Impressive stuff! Which of your peers have been supporting your sound from the early years? Oliver Huntemann without doubt must have been one that springs to mind?

Victor Ruiz: I wasn’t expecting to have 3 different singles on top 10 at the same time, especially #1, #3 and #5. I was really happy and grateful for this. The first ones to support me were D-Nox, Thomas Schumacher, Stephan Bodzin and Oliver Huntemann. I’m really grateful to all of them. Since them I developed a friendship with each one of them and I’m super happy to have such kind hearted like them in my life.

What’s coming up for you for the rest of the year gig wise and can you tip us off with any new tracks or exciting projects?

Victor Ruiz: I’m still in the middle of my European summer tour, so I’ll have gigs such as Resistance in Ibiza, The Grand Factory in Beirut, Pratersauna in Vienna and Hive in Zurich. Also September I’ll have my debut in Canada and will perform in Chile, Mexico and Brazil. Excited! Regarding releases I have a Suara EP coming out in early August, a Tronic release in September (which I did with Christian Smith) and – probably my favourite EP of the year – an ELEVATE release in November.

What 4 tracks are currently hot in your box and are there 4 that never leave your collection?

Finally, what should we be listening to before we head out to the Familia party on August 12th? A Soundcloud mix for example that you’re particularly proud of?

Victor Ruiz: my recently podcasts and mixes in my soundcloud page will give you a hint what to expect. 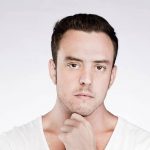 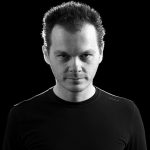