Paul Johnson has lost his battle with COVID-19 and passed away on August 4th.

The 50-year-old DJ and producer was one of the greats who emerged from Chicago to gain iconic status on the international scene.

He was hospitalised around a week ago and it has been confirmed that he has now passed away after losing his fight with the COVID-19 virus.

Although still relatively young, Paul Johnson has underlying health conditions after being shot in 1987, and paralysed from the waist down, meaning he had to use a wheelchair. In 2003 his left leg was amputated after being hospitalised in Chicago due to severe pains in his lower extremities, and in 2010 he lost his right leg as a result of a serious accident.

Born and raised in Chicago, Paul Johnson remains one of the all-time greats of the house music genre. Although an underground legend, his biggest hit was the mainstream crossover track ‘Get Get Down’ which was an international sensation that topped US and Canadian Dance charts, and placed in the Top 10 of singles charts in the UK, Netherlands, France, Greece and Belgium.

Paul Johnson was a self-taught producer who helped pioneer electronic music, and in his career put out over 100 releases including albums, EPs and singles. Some of the labels to feature his music include Dance Mania, Peacefrog, Cajual, Relief Records and Djax-Up-Beats. He also co-founded the Dust Traxx label with Radek Hawryszczuk in 1997.

Right up until his his last days, he never let his disability stop him from being an active club DJ/ producer, and was an inspiration to people across the world. He still travelled the world to DJ in clubs and he maintained a steady release schedule until 2021.

Rest in peace, Paul Johnson, as your music still lives on, and you will forever be a valued part of the electronic music community. We will always be grateful for your legacy and contributions to music. 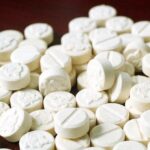 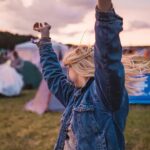