Satori is a Dutch artist who is famed for his charismatic live sets full of organic textures and enchanting melodies.

Satori brings live performance musicianship to a club environment to transform a sweaty dance floor into a concert hall.

Bringing together keyboards and other music-making equipment, Satori makes tracks rather than plays them, and has released his music on labels such as Sol Selectas and Get Physical.

Most recently, Satori has made his return to Damian Lazarus’ Crosstown Rebels with a new track called “Yellow Blue Bus” that’s made in collaboration with Laska.

Excited to learn more about the new release and some of Satori’s passions outside of music, we caught up with him for this interview…

Hi Satori, it’s great to be talking with you today. What part of the world are you currently living in, and are the local nightclubs open again?

Hi there! At this moment I am in Ibiza in the Sonic Vista Studio preparing for my upcoming Maktub tour. The island has been in lockdown for quite a long period but I was lucky enough to be able to do a couple of outdoor shows at Cova Santa this year. It was such a relief as I missed playing on the island a lot, and currently, we are already preparing for the next season in Ibiza. I can’t wait for the island to be back again!

It’s been a crazy couple of years, and I wanted to ask how you had managed through the tough times, as I’m told you like to meditate?

Well, I took my annual break before the pandemic started so I was ready to get back to touring and then the pandemic hit. I shifted my focus from performing to producing music and jumped in the deep end of the studio. This resulted in creating my most personal and best album so far.

What other activities do you do to keep your body and mind healthy, and what makes you choose them as part of a fitness routine?

It really depends on what the situation is, if I have the chance I will always go for a run, ideally along the beach. I also do this daily here in Ibiza and I love to start the day this way. I do a lot of Wim Hof breathing exercises. I think it’s the most powerful method I discovered so far. With Hof’s breathing, I am able to connect with my body in a way I don’t reach with Qi-Qong, Aikido, Zen or Yoga (and yes, I tried them all).

So, Wim Hof is very effective for me. It gives me the right energy, relaxation and a focused mind before a studio session or a show.

Now that some parts of the world have their venues and nightclubs open again, have you been booked for any gigs, and how do you maintain a healthy living lifestyle on tour?

To be honest I’ve had the busiest year ever. From the moment the pandemic started my team and I have been ready to go and anticipated the moment when things would open up again.

I was lucky enough to keep playing and touring. This sounds unbelievable to many, but I guess having a live act I was way more flexible to approach my performance in a different way. So, this means that if a city only allowed seated shows, I could approach my show more as a concert. I play more of my instruments and sing and then if a city allowed dancing, I could play more rhythmical stuff. So, it was very diverse and I loved it.

I had one week where I played in Mykonos a seated show for 600 people, then I went to Exit festival in Serbia to play on the Main Stage for 30,000 people, to end the week in Sardinia Italy to play for 500 people on the beach and the party got busted by the police. Because of the pandemic I didn’t do one type of show, it was all over the place and I loved it.

Healthy lifestyle: I really consider what I am doing as a top sport. I try to approach it how an athlete approaches their profession. It’s about eating healthy, keeping your body in shape and practising every day in order to perform for thousands of people. I think it’s quite similar.

Talking of going on tour, have you been working on any new music for your live sets, as I’m told your next release is on Crosstown Rebels?

Absolutely, besides producing my new album, I have also completely renewed my live set. I get bored really easily so I always like to be inspired and challenged when I play. My live set is not a finished thing but more a growing being. After each show, I give it an update and continue to make it next level.

How well do you know Damian Lazarus who owns Crosstown Rebels, and could you talk us through the concept of the new EP?

I would consider Damian a dear friend, we met for the first time about five years ago in Tulum and have been connected ever since. This resulted in releasing my album Maktub on Crosstown in 2017 and now it’s time for the second part. His support is something I really honour. This first single is a preview of what sound you can expect with the full album. The album has been made in the Sonic Vista Studio, and the way it’s produced is based on recording techniques from the seventies. It’s me telling a love story of being separated and reunited with my girlfriend during the pandemic.

I hear that you are passionate about the history of Ancient Egypt, and I wanted to ask if this has any influence on your music?

No, it doesn’t, it actually helps me relax, because when I dive into the ancient world I can switch off from music for a moment. After a show, when everyone goes to a (boring) after-party, I go to my hotel room and watch lectures about ancient history. It lets me decompress completely from the show and makes me ready for the next show.

So, it doesn’t have any creative influence but more of a psychical and mental influence.

What is it about Ancient Egypt that fascinates you the most, as it’s the hieroglyphics artwork that I always think of when someone mentions the subject?

Well, it’s the mystery about it. It’s so extremely fascinating. How can a society build such a great monument that is facing true north, and on the spring equinox, the sun is rising exactly above the head of the Sphinx (which is next to the pyramid). In mainstream history, they say that the Egyptians are one of the first civilisations and from there on history moved linearly all the way until us. Before that, there were only hunter-gathers. But you really think that a group of hunter-gatherers just woke up one day and can build such an impressive monument that is facing true north? What if this knowledge has been passed from one great civilisation to the Egyptians? Many shamanistic traditions are speaking about a great advance of mother civilisation prior to us. What fascinates me is about collecting evidence that indicates this mother civilisation lived a long time ago, long before us. If that is true, we need to redefine our whole idea of ourselves as humans. In general, I like things that are disturbing the status quo.

Talking of art and paintings, who is your favourite artist, and why do you like their work so much?

This is very difficult to answer because it keeps changing all the time. I had such a big love for modern art masters like Picasso and Matisse, but lately, I am very into renaissance painters, especially Rafael. The craftsmanship is undeniable. It’s so unbelievably, beautifully made. The dedication to make something beautiful is something that inspires me a lot in making music. I work months on a song just to make it beautiful. I don’t like songs that “work”. They need to sound beautiful. I want that in my music so the same beautiful colours shine as from a Rafael painting.

Thanks for taking the time to talk with me today, do you have a special message for fans or anything else you want to add before we finish? 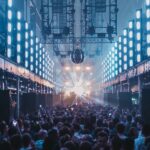 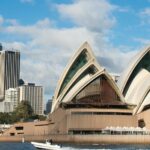