Sabo returns to his record label Sol Selectas with the Buddy System Remixes.

Buddy System was Sabo’s 2020 album that saw him collaborate with a selection of other producers, where each track was made with a different artist including Dandara, Hot Oasis, Namito, UNER, Saint Flip, Noema, Metrika and SidiRum.

Each of those originals have been given the remix treatment by a selection of producers including DJ T., DJ Chus, Derun, Laroz & T-Pulse, Abel Ray, Guy Mayaan, Inigo Vontier, Mula FR, Zuma Dionys and Nutia.

From what we can tell, most of the remix artists have contributed to Sol Selectas in the past, so it appears to be only DJ T. that’s making a label debut, and he opens the release with a remix of ‘Daikato’ by Sabo and Noema.

DJ T.’s remix of Daikato has jovial synth lines that lift the mood of the track that’s carried forth upon chunky percussion. DJ Chus is up next with a rework of ‘Bakhu’ by Sabo and Hot Oasis, and that remix has his trademark tribal percussion blended with the original’s epic synths and dramatic vocals.

The release continues down a similar path with each of the tracks falling in line with the same style that matches the trademark sound Sol Selectas is known for.

There are a few tracks such as Nutia’s remix of Sabo and SidiRum’s “Fainá” that change things up with slower tempos, and each of the remixes has a dance floor friendly style that will appeal to many DJs.

Like most of the Sol Selectas releases, this is an organic house release at its core, but has crossover elements that will appeal to lovers of deep tech, melodic house/techno and electronica.

We have been told that DJs supporting the release include the likes of Super Flu, Bebetta, Phonique, and Be Svendsen.

You can pick up your own copy HERE 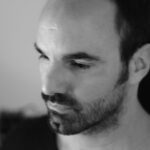 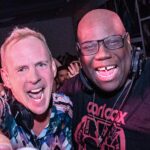