Somnium drops a debut on Whistleblower that’s the label project of Alan Fitzpatrick, Reset Robot and Rhymos, which since its inception in 2014 has been responsible for a number of hits such as Alan Fitzpatrick’s chart-topping track “Tribe”.

With the exception of a release by BKR the output on Whistleblower has been heavily focused towards the label owners own music, and it’s rare for others from outside of their circle to feature original material on the imprint.

The new EP on Whistleblower is from Somnium who joins BKR as only the second person who isn’t a label owner to sign original music, and after we heard the release it’s clear to see why they have decided to release the tracks.

Each track on the release is different with the title cut “Young Giants” opening the EP with its building bassline tension, before things get deep and dreamy with the second track “Seraphim”, and “Chiron” closes the release with a moody atmosphere.

Little is known about Somnium except that this is their debut release, but if this first offering is anything to go by, then it’s probably safe to assume we will soon be hearing more of his exceptional house music.

You can pick up a copy now from HERE 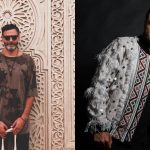 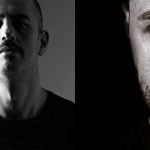