Affekt Recordings has its base in Frosinone, Italy and has been ran by Alex Dolby since 2012 culminating a passion for raw, hypnotic techno. The label’s back catalogue of music has seen artists like Jonas Kopp, Grindvik, Alex Bau, VSK, MTD, and Mental Resonance make contributions.

The vinyl tracks begin with “The Dwelling Place” uses melancholic tones to tell a story, while “Cluster” has abstract modular licks and a shuffling beat. “Undulating Terrain” gets twisted and esoteric with wild production.

The first of the digital only works is simply “Intro” with a beatless and spacey vibe, where “Recycled Mindset” sees a throbbing beat joined by sharp phasers and FX. “Somnium” aims for a more energetic techno tail of suspense and delicate design. The final track “Synergistic Perception” has progressive undulations and a jovial mood engrained into its sparse and dubby make up. 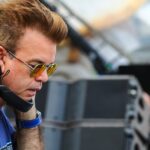 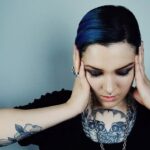