Mckeown & Bassiray is the alias of Darius Bassiray and Stuart McKeown.

Based in Melbourne, the duo recorded an epic 3:33 hour mix of progressive house that’s deep and dark. They are both involved in the Zero Tolerance record label, and also took the time to answer some questions about their background in music…

How did you find the 3:33 format what was the vibe/energy you were trying to capture?

It was a pleasure to work on the 333 Sessions Mix, the extended format really allowed us to explore a wide range of music.  In terms of vibe and energy, our focus was to modernize the “ZT Sound” adding a contemporary aesthetic to it, whilst still paying respects to the roots of the sound.  From deep slow house through to Progressive House and Progressive Breaks, we also showcased some of our upcoming releases, as well as music from our close friends and forthcoming records from the Zero Tolerance label.  Progressive House has really been enjoying a renaissance since around 2018, with so much great music being released. However currently, there is a continued focus on super melodic sounds within the progressive landscape.  We are trying to contribute an offering that is less linear with an overall vibe that is extremely deep, dark, tribal, and hypnotic with moody soundscapes that are mediated by underlying tension.

The response and feedback for the mix has been amazing, and we are very thankful to Flow Music for the opportunity.

At what age did you guys find each other, and how did Mckeown & Bassiray start?

We met each other when we were in our early 20’s Stu was living in Belfast, Ireland and Darius was living in Melbourne.  We found each other online on a Progressive Breaks board and Stu’s love of the Zero Tolerance label and Melbourne’s artists sparked a desire to visit Australia and start a life here.  From there we consistently attended Melbourne party institution “Sunny” and the rest is history.  Mckeown & Bassiray started around 2020, after an extended break from producing music, Gab Oliver approached us with the idea of relaunching Zero Tolerance, the timing felt right.  A lot of people have been waiting a long time for this sound to return.

Can you tell us about the label Zero Tolerance and your involvement with it?

Zero Tolerance is a label that was founded by Gab Oliver, Phil K, and Stuart Hanna.  It was deeply respected with a loyal cult following that was the cornerstone of the dark progressive sound in the early 2000s.  Gab came to us with the idea that he wanted to bring back the label, and we relaunched it together which has been so rewarding.  Not only because it has brought us all closer together personally on a friendship level, but it has also sparked a great sense of optimism from all our friends as well as artists from all over the world who are all excited to contribute their interpretations of the sound.  Every release has been so well received all hitting the Beatport charts, and getting played by all the top prog DJ’s which is very encouraging as we are not deviating from the deep and dark focus.  There is no deviation, that’s the pure essence of Zero Tolerance, and those who follow the label really demand and expect this.

We also have built a really strong online community, for anyone who is interested, please join our ZT Facebook Group here https://www.facebook.com/groups/402836627665376

Share with us your favourite musical experiences you can remember, whether it was a festival moment at a live gig?

It’s hard to go past the Sunny parties, particularly during 01-04 years.  Gab Oliver, Ozzie LA and Phil K all contributed their own individual flair.  The sound, the crowd, the vibe was like no other.

The driving force behind the uncompromisingly deep and dark focus of the event was Gab Oliver and we were always particularly drawn to this.  We loved how strict he was.  He was and still is our biggest musical inspiration.  Exceptional programming, and he pioneered the deep hypnotic vibe like no one else we had ever heard.

Ozzie LA was also central to the party, a DJ with many years of experience, skill, and world-class technical ability.  He thrived on risk-taking, whilst generally laying a foundation to set the mood for the right place at the right time.

Phil K’s morning sets were the stuff of legends, and time and time again punters would hang for 5am to hit, where they would be given the gift of Phil’s musical brilliance.  This was his playground where he introduced deep, minimal tribal 4/4 mixed together with Progressive Breaks for the very first time, and often road-tested records long before they were released. Simply, there was no better DJ in the world in our opinion than Phil K in his absolute prime on the Sunny floor.

The places we grow up in, various locations, and cities can have a powerful effect on our creative energy. Tell us a bit about Melbourne (or other cities) and how you feel they have influenced your sound and direction?

100% agree with this.  Melbourne has greatly influenced our sound.  It was the primary reason Stuart left Ireland to pursue a life here.  In the early days, we were heavily influenced by Gab, Phil, Ozzie, Ivan Gough, Luke Chable, Nubreed and Danny Bonnici, Precision and KB.  A lot of it has to do with age as when you are in your 20’s the world is your oyster and you are like a sponge absorbing everything.  You are so enthusiastic and you feel like anything is possible.   These are your primary formative years to be influenced.  Musically speaking we were surrounded by guys pushing super deep progressive sounds so that’s what stayed with us, that was the sound that resonated with us.   We never heard DJ’s from overseas or cared for “Northern Exposure”.  Gab’s “No-Nonsense” compilation was our Northern Exposure if that makes sense.  You can’t help but be drawn to the people you are surrounded by.

These days the level of talent is just as strong with guys like GMJ, Matter, Jamie Stevens, and many other Melbourne producers all showcasing a high level of proficiency, we also draw a lot of inspiration from these guys.

Give us some artists that got you through lockdowns and this crazy period / what have you been listening to lately?

Outside of DJing, producing music how do you spend your time?

We both have careers outside of music.  Our time is generally spent working, maintaining family, and home.  We both have kids which takes up a lot of our time, and to be honest, music isn’t our primary focus, it’s a hobby that we enjoy making for each other and our friends, and if others enjoy it also that is a bonus.

What’s next on your schedule, any upcoming gigs or releases?

More releases as “Mckeown & Bassiray” as well as “Depth Institute” which is a collaboration with Gab Oliver.  We have remixes coming out for Hot Tuneik and Kiz Pattison as well as an EP on Zero Tolerance and Proton Music dropping in the coming months.  Gab is also planning a Zero Tolerance party, which will be announced soon. We are very much looking forward to that. 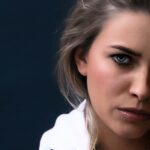 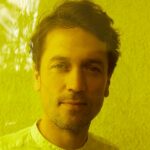