Nico Stojan is a German artist known globally for his organic house style.

Based in Berlin, Nico Stojan is an accomplished DJ who has played sets everywhere from Burning Man to Ibiza. He is also well known for his collaborations with Acid Pauli who he runs Ouïe Records with.

Nico Stojan is also a talented producer whose music can be found on labels such as Sol Selectas, Kindisch and Bar 25 Music. Most recently he dropped a new collaborative EP with Tooker (KMLN) on Damian Lazarus’ Crosstown Rebels.

Excited to learn more about the new release, plus some of his passions outside of music, we invited Nico Stojan for this interview…

Hi Nico, I’d like to start by asking what part of the world you’re currently living in, and how much life has returned to normal since the peak of the pandemic?

Hi Hello. I was born in Berlin and am also currently based here. I just came back from a Mexico and US tour. It seems the pandemic is coming to an end 🤞🏽hopefully. I feel relieved seeing my parents less anxious and other people around me going back to finally enjoying life again 🙂

I saw that in 2020 you featured as part of the virtual Burning Man, will you be going to the in-person event later this year, and how much have you missed festival culture?

Festivals are very important I agree, but to be honest I also really enjoyed the silence and the time in between. It was wonderful to have a break from touring but now I am super stoked for the summer and festival season!

The world has seen many cultural changes since the pandemic, and I’m told that one cultural activity you are passionate about is ‘Tea Ceremonies’… could you tell me more, as that’s a term I’m not familiar with?

Yes, it is something I got introduced to three years ago by a good friend of mine in LA.

She invited us to her house and guided us on a little tea ceremony. I would say it is a kind of meditation and also a routine that helps me now to start the day in a beautiful way.

Sometimes a friend or two come by and we sit together, drink tea and listen to jazz music.

On the subject of ceremonies and wellbeing, I understand that you are also passionate about meditation, and I wanted to know if that ever inspires your music?

Meditation is very important to just stay silent and just observe and yes it might have an influence on my music, but I cannot say how or in which way.

Talking of your music, your next release is on Crosstown Rebels, could you talk me through the release and its concept?

Actually, not that much of a concept begins to be honest. 🙂 Chris (Tooker) and I made some music together and played frisbee together in the park so the next song that we finished was named after that!

Is this your first time working with Damian Lazarus’ label, and how did you first make contact?

We met years ago a few times and he invited me to play at some of his events. Whenever there is something I feel that could fit I just send it over.

What do you think is the future of music, and do you have an opinion on NFTs?

Music and NFT will more and more merch together. Social Blockchain and NFTs will play a huge role in our world. NFTs are more than just jpgs and mp3s and people who are not involved yet will see that it is actually pretty cool what is actually growing and coming.

Do you think art or music works best for an NFT, and who are some of the artists that you think have made the most of this new technology?

There are many cool artists and a lot of interesting projects out there. I am following and watching it grow. I am still observing 🙂

What other releases do you have forthcoming?

An EP called “ Fling” together with David Mayer is coming on our label Ouïe [wee] in April!

Thanks for taking the time to talk with me today, is there a message to fans or anything else you would like to add before we finish?

Thank you so much for having me 🙂

And let’s just try to always be nice to each other. There is so much going on in this world and I wish that we could listen to each other and help each other out in difficult moments. One love! 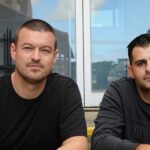 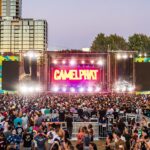