Triple J is one of Australia’s leading national radio stations, and each year they run an album poll where listeners can vote for their favourite album of the year.

The poll has been running for over 20 years, and it’s a simple process where people can select up to ten albums that they have been enjoying over the last 12 months.

People are also requested to select their No.1 pick, which is presumably used as a tiebreaker, as the results are compiled into a top 10 albums of the year.

Although it’s an Australian station, the albums people can choose from and include artists from all over the world including superstars like Drake and Kanye West.

RÜFÜS DU SOL is of course a home-grown Australian talent, but so are Tora who are a four-piece synth pop/electronic band whose chillwave style is both charismatic and haunting.

If you are an Australian who hasn’t already casted your vote, then be aware that the submission deadline is this Sunday the 12th of December.

There are so many great albums to choose from, but we recommend checking out Tora’s A Force Majeure before making your final selection, and they are our No.1 pick.

You can cast your vote HERE 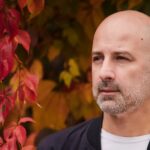 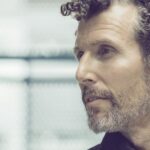