Awakn Life Sciences has become the UK’s first on-the-high-street provider of psychedelic-assisted psychotherapy, and will do clinical trials into using drugs such as Ketamine.

It’s speculated that within the next five years, Ketamine will be available on the NHS to help treat mental health issues such as depression, post-traumatic stress disorder and addiction.

Ketamine is a dissociative hallucinogen that’s often used by health care services as an anaesthetic, but is also one of the psychedelic drugs currently being trialled for use in the battle to combat our ailing mental health. To date, more than 100 people have been treated with the drug as part of health treatment trials alongside counselling and talking therapy.

Grant is someone who experienced Ketamine in a medical environment, and described his experience as: “It was like I was sinking deeper and deeper into myself,” he says. “Then I became white… and I left my body. I was up on the ceiling, looking at myself, but I was just this white entity. I felt very serene and humbled; I finally understood my place in the universe, just a white speck of light, I wasn’t the centre of everything and that was fine.”

The next day in a therapy session, Grant said he had a lot of suppressed traumatic memories from his past raise up the surface of his consciousness, and he started making connections to how those experiences influenced his current state of mind. Some of those memories were from his childhood, and upon remembering them, he started to realise how they had been a cause in his current issues with alcohol use.

Upon having these realisations Grant went on to say: “I could see it was the root of the negative emotions that drove my drinking, and a lot of other bad habits and behaviours.” He acknowledged that he could have perhaps come to these conclusions in talking therapy, but that process could have taken years. Ketamine appeared to loosen his mind, and allow the traumatic memories to rise to the surface more easily, which accelerated the healing process.

In relation to his trauma, and the use of Ketamine in his treatment, Grant then went on to say: “It wasn’t even on my radar, so it blew my mind. To understand myself and my drinking, and why I behaved the way I did… With the ketamine therapy I got there in a few weeks. I feel free.”

Esketamine is a similar drug to Ketamine and in 2019 that was licensed in the UK for use as a rapid-onset treatment for major depression, as it apparently starts working in hours compared to the weeks or months that traditional antidepressants can take.

Approving the drug for medical use won’t stop it from being illegal for recreational use, and at this stage, Ketamine is still only being trialled for use in treating mental health problems.
In the meantime, approved studies can use the drug as a psychedelic agent in health care trials where they feel it could help as a treatment. Some studies, such as the one Grant participated in, are even government funded.

Ketamine isn’t the only drug that’s had promising results in this type of trial, the psychedelic ingredient in magic mushrooms has also shown positive results in similar studies alongside some other drugs such as DMT. 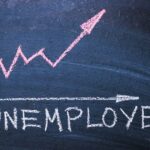 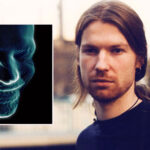