Gregor Tresher is a stalwart of the German club scene who has travelled the world as a DJ. He has released on many iconic record labels including SCI+TEC, Cocoon, Octopus and Bedrock. His label Break New Soil has also received critical acclaim from fans around the globe.

Equally accomplished are, Pig&Dan are a duo that are no strangers to Truesoul having last featured an EP on the imprint in January. In addition to many releases on their own label Elevate, their music can also be found on Drumcode, Terminal M and Tronic amongst many others.

In many ways, it is a surprise not to see these guys collaborate more often, as their connection goes back almost as far as their discographies. Both sharing a style of techno that incorporates melodic elements, their “Challenger” EP on Truesoul is everything you would expect from the pairing.

The title track is hypnotic with it’s rippling tones and modulating melodies, while the opening cut “Granular” is darker and more understated with dystopian synth lines amidst precision sequenced percussion.

Their mix for the Flow Techno podcast starts deep and stripped back while slowly ramping up the intensity as the drama unfolds. Shrouded in shadowy atmosphere and brooding intensity, it’s a perfectly programmed mix that showcases their expert DJ skills. 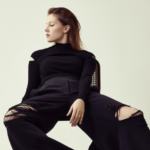 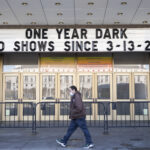