Fabian Krooss is known for his music on record labels ranging from Stil Vor Talent to Einmusika.

Fabian Krooss is a talented DJ and producer who is known for his deep and atmospheric style of melodic house.

He is a German artist based in Berlin who is a regular at events such as the iconic, Kater Blau. Fabian Krooss has also travelled to play other parts of the world ranging from Mexico to Belgium.

His productions are often released by Stil Vor Talent but he has also featured tracks and remixes on the likes of Rebellion der Traumer, Sounds of Khemit and Einmusika.

Thank you for crafting such an eclectic and captivating mix for Flow Sessions. What were some of your favourite tracks here, and any unreleased material that we should be looking out for?

Uhh, that’s a tough question, as I really dove deep into my music library for days and just picked the best of the best, some of my all time favourites, tracks I’ve long forgotten, and obviously also some hot stuff from today. So I must say there are a lot of favourites in this one, but if I had to pick just one I’d say ‘Helix’ by Sandhog. I usually play a bit more energetic, bouncy and diverse when in front of a crowd so this one really fits my taste. Also the Amentia remix of ‘Mundos Diferentes’ and the ‘Rocco Spoken Mix’ of ‘All This Love for You’ appeal a lot to me at the moment.

And yes, you can also find 3 tracks of mine in the set. “Papilio” – released early this year on Sounds of Khemit as well as two unreleased tracks of mine. Usually, I don’t play unsigned/unmastered material in podcasts, but I couldn’t resist for this series, as I wanted to give you a little impression of what I’ve been working on lately 🙂

What appeals to you or inspires you most these days, between performing live and producing music?

I have released so much music since the pandemic started. I got lots of great feedback for it and was super happy about signing my music to labels such as Stil vor Talent and The Gardens of Babylon. During the lockdown, it wasn’t enough to keep being inspired and truly fulfilled while mostly sitting alone in my studio receiving nothing but messages and comments.

I do appreciate these a lot, but in the end, it’s the connection with people and the moments shared on the dancefloor that matter most. Playing shows almost every weekend and getting all the in-person feedback I had missed during lockdown was such a gift. All this love and appreciation for my music gave me so much happiness, and it’s fueling my creativity and motivation endlessly. I’ve learned a lot this year while playing my music in clubs where I’ve listened to it over and over again, and that’s really shaped the way I’m approaching new productions at the moment. I’m currently working on lots of new stuff and enjoying the process like never before. Can’t wait to get it all out there so the rest of the world can listen.

Of all time, I’d say Midas 104, O/Y, Cioz and Frivolous have inspired me most. My dear friends Kon Faber are certainly killing it at the moment and Kyongpaul, Theo Meier and Latteo are also amongst my favourites at the moment. But I play so many different artists and genres, there is really so much that inspires me. I try to combine it all in my sets, and even more so in my productions, blending lots of different genres, ideas and elements into my sounds. Some funky edits, some badass bangers with gnarly basses, some bouncy minimal house, and something for the soul in between. I try to keep it interesting at all times… playing the best every genre has to offer and blending it into one set. I would say this is not a very common approach, but I feel it’s being received really well. I also couldn’t resist spicing up this mix with a few surprises towards the end, but mostly I tried to keep this one a bit more smooth and flowy 😉

Who are some of your favourite artists/producers you have collaborated with?

I’m currently working on collaborations with Kon Faber, Harry Charles, Midas 104, Cioz, Felix Raphael and Yannek Maunz. I must say, every collab is inspiring, as every workflow is different, and every artist has something different to offer. There are so many ways of creating music, and it is always great to change your way of working now and then. Maybe also get to know new skills or record some beautiful vocals or guitars that you couldn’t have done on your own.

My favourite place this year was without a doubt Zanzibar. I got invited to play the “U and a few” Festival in such a stunning location on a beach and ended up playing two more shows at B4 Beach Club, one in a small local place called Garage and two cosy after-hours in a little hut at the beach. I had such a blast in these two weeks, especially as this was straight after lockdown times. I finally got to play my music again, and in such a mind-blowing setting, together with such a cool bunch of people. This was truly special!

I’ve also played at Klein Phönix in Istanbul, De Marktkantine in Amsterdam, Bucht der Träumer Festival, Feel Festival, Kater Blau, Sisyphos, and also the A Tribe Called Kotori Showcase with lots of artists in Mexico was also truly special. It has been a year of many firsts, and I’m truly grateful for it! Next up is the Stil Vor Talent Showcase at Ritter Butzke in Berlin, Bahnwärter Thiel in Munich and a yet-to-be-announced show in Zürich. And I’d love to come back to Australia soon! I travelled around Australia for a year after I finished school back in 2013/2014, and really fell in love with this beautiful continent, but haven’t been back since. Can’t wait to jump on that long flight again, hopefully sometime soon!

Thanks so much for having me Flow Music. I hope you enjoy my mix! 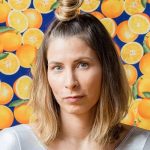 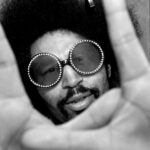