Avision is one of the most talked about talents currently making waves in the world of techno. Based in America, he has already racked up releases on Carl Cox’s Intec, Alan Fitzpatrick’s We Are The Brave, Mark Broom’s BeardMan and Sian’s Octopus.

Hi Avision, it’s nice to make contact with you, which part of the world are you speaking to me from today?

Hey guys, thanks for having me! I am talking to you guys from Montreal, Canada as I have a show at Stereo tonight!

Firstly, I’d like to say how much I enjoyed listening to your new EP on On Edge Society. It was really hard-hitting stuff with lots of personality. Could you tell me a little bit about each of the tracks on the release?

Ah thank you for the love, I really appreciate it! The EP starts off with “What You Wanted” which I would say is hard-hitting but also very jacking, and groovy. I remember laying down that snare part and saying to myself this one is going to be a good one lol. I think it has an old school vibe, but still kept it fresh to where it’s not stale or done before. The second original track is called “Foolers” which is also very jacking and has big breakdowns, and drops. I think the vocal also lifts up the record a little to keep the ear interested. It has a cool funky groove about it that stood out to me when I finished it. I’m really happy with the outcome. I finished the EP off with “Complicated” which is definitely a track that hits you right from the start. It has this big lead riff that carries the track the whole way through. This one is a little bit harder and more straight up than the rest of the tracks, but in my opinion it also stands out.

How did you first make contact with Kareem Cali and Carlo Lio who run On Edge Society, and how many releases on the label have you done to date?

I’ve known both Kareem and Carlo for a good amount of time now. I opened up for Carlo when I was 18 years old in a club in New Jersey. I always kept in touch after that, and I’m pretty sure both Kareem and Carlo have a good amount of my early productions. I used to send a good amount of demos to Kareem, and he always kept it real but never degraded or shut down my work. I think they both knew it was just a matter of maturing as an artist. I started working with Kareem on giving him a release on Inmotion LTD and from there I kept sending more demos and it lead to my first On Edge Society EP. I have a great friendship with the both of them and have a ton of respect for what they’re doing. This was my second OES EP and I’m sure this won’t be the last.

You have also released tracks on Carl Cox’s Intec and Ben Sims’ Hardgroove that are imprints which due to their individual styles, often wouldn’t share the same artists. What do you think makes your music appeal to such a widespread group of techno fans?

Every artist dreams of having their own sound, and I think I finally reached that point. I think what has attracted both sides of the techno world that I’ve noticed is my music fits in house sets, and deep techno sets. I’ve seen everyone from The Martinez Brothers, Cassy, Hot Since 82, to Carl Cox, Adam Beyer, DJ Rush, Juan Atkins, and of course Ben Sims play my music. I don’t want to pigeonhole myself into one specific sound, I think spreading light on what inspires me and being diverse is what’s making my music pop.

Also, your On Edge Society release includes a remix from the iconic DJ Rush. How did you know about DJ Rush before he remixed your music, and was it an honour to have him work on one of your tracks?

I noticed the legend DJ Rush playing a lot of my music, and I was completely ecstatic by that. I reached out to him on Facebook, to send him some more tunes and he told me how much he was feeling my music. When I wrapped up the EP, myself and Kareem were going over remixers and DJ Rush was the first option we thought of. I reached out to him and he said he would love to remix ‘What You Wanted.’ I was truly honoured to have him remix me, as he is a true pioneer, and legend in this industry.

How are things going with the DJ side of your career, as it seems that your productions are doing really well, and my understanding is that often leads to a few festival or club gigs?

Things are going great, I’ve have been gigging a lot more recently! As I mentioned I’m playing at Stereo, in Montreal tonight. We have a few things in the works for Miami Music Week, and I’m playing the We Are The Brave showcase in NY with Alan Fitzpatrick in March. Keep posted as we have a few great announcements I can’t leak just yet.

Going back to the music you make, do you use any specific bits of software when working on tracks, or do you mainly use bits of hardware equipment?

What’s coming up after your On Edge Society release, do you already have your next few EP’s lined up?

Yes! I have a bunch of music coming out. I have a full release schedule for the year. Here is what I have coming up the next few months: a single coming out on N&N records (really proper underground label), I have an EP on EI8HT (Eats Everything and Andres Campo’s new label, I am the first release), A VA single coming out on We Are The Brave, also an EP coming out on Paco Osuna’s Mindshake. I’m waiting a few more confirmations but this is what I have confirmed so far, be sure to look for more announcements.

Thanks for taking time out your schedule to chat with me today, is there anything you would like to add before we wrap up the conversation?

Thank you! I appreciate it guys. I think we hit most of everything 😉 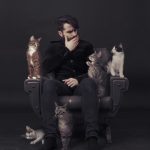 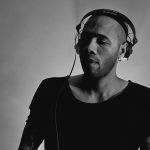